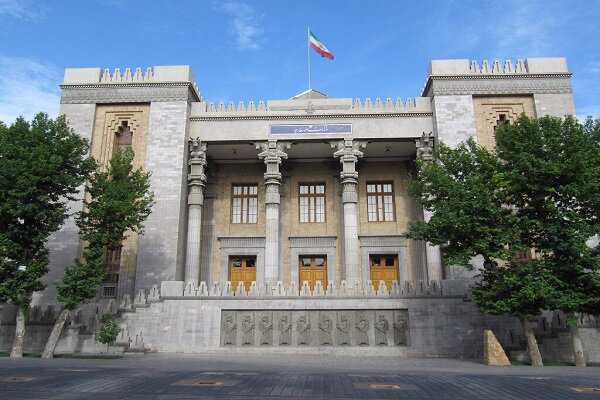 TEHRAN, October 27 (MNA) – Iran has summoned the French charge d’affaires over Paris’s recent anti-Islamic and Islamophobic comments.In the absence of the French ambassador to Iran, its charge d’affaires was summoned to the Foreign Ministry on Monday to hear Iran’s concerns over the growing anti-Islamic comments in France. During the session, the deputy director-general for the European Affairs of the Ministry of Foreign Affairs condemned the unacceptable actions of the French authorities that have hurt the feelings of millions of Muslims in Europe and the world, stressing, “Any insult and disrespect to the Prophet of Islam (PBUH) and the pure values of Islam are strongly condemned and rejected by every person and in every position.” He added, "It is deeply regrettable to incite Islamophobia and the spread of hatred in the name of freedom of expression, which should serve communication, empathy and peaceful coexistence between human societies." The French official ​​promised to reflect Iran's objection to the Paris government as soon as possible. French President Emmanuel Macron has in recent weeks attacked Islam and the Muslim community, accusing Muslims of "separatism," and claiming that "Islam is a religion in crisis all over the world." Macron has also approved the publication of blasphemous cartoons of the Prophet Muhammad (PBUH) and stressed that his country would not give up the insulting cartoons despite harsh criticisms from Muslims. Iranian Foreign Minister Mohammad Javad Zarif has denounced France's stance on insults to Muslims and their sanctities, saying such moves are "opportunistic abuse of freedom of speech" that would only fuel "extremism." "Insulting 1.9B Muslims—& their sanctities—for the abhorrent crimes of such extremists is an opportunistic abuse of freedom of speech.

It only fuels extremism," Zarif wrote in a post on his official Twitter account on Monday. He added that Muslims are the primary victims of the "cult of hatred" that has been empowered by colonial regimes and exported by their own clients. MR/FNA13990806000103