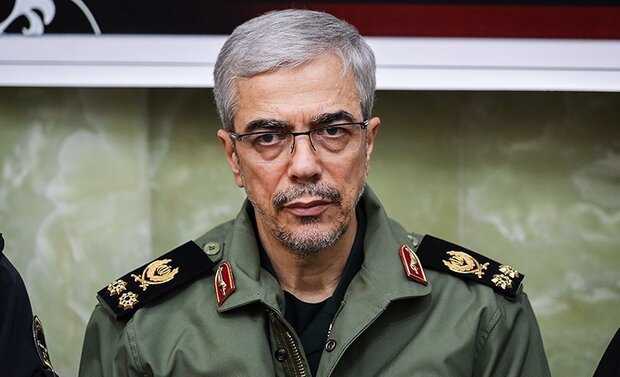 TEHRAN, October 26 (MNA) – Chief of General Staff of Iranian Armed Force said that Western governments are seeking to attribute brutal acts of terrorism to Islam, while they themselves have created terrorist groups.Major General Mohammad Hossein Bagheri condemned Macron’s remarks in support of insulting cartoons of the Holy Prophet of Islam (PBUH).

He went on to say that Macron’s support for Charlie Hebdo is contrary to international rules and principles.

Bagheri added that western governments created terrorist groups such as ISIL and struggle to affiliate brutal terrorist acts to Islam.

He further noted that the French government has been dealing with domestic challenges in the past two years and aims at limiting the Muslims in the country to cover up its inefficiency.

These remarks came as French President Emmanuel Macron said his country “will not give up cartoons” insulting the prophets.

The desecration of Muslim religious sanctities is not rare in France.

In September, French satirical magazine Charlie Hebdo republished the same cartoons about the Great Prophet and Islam that prompted a deadly attack on the magazine in 2015.