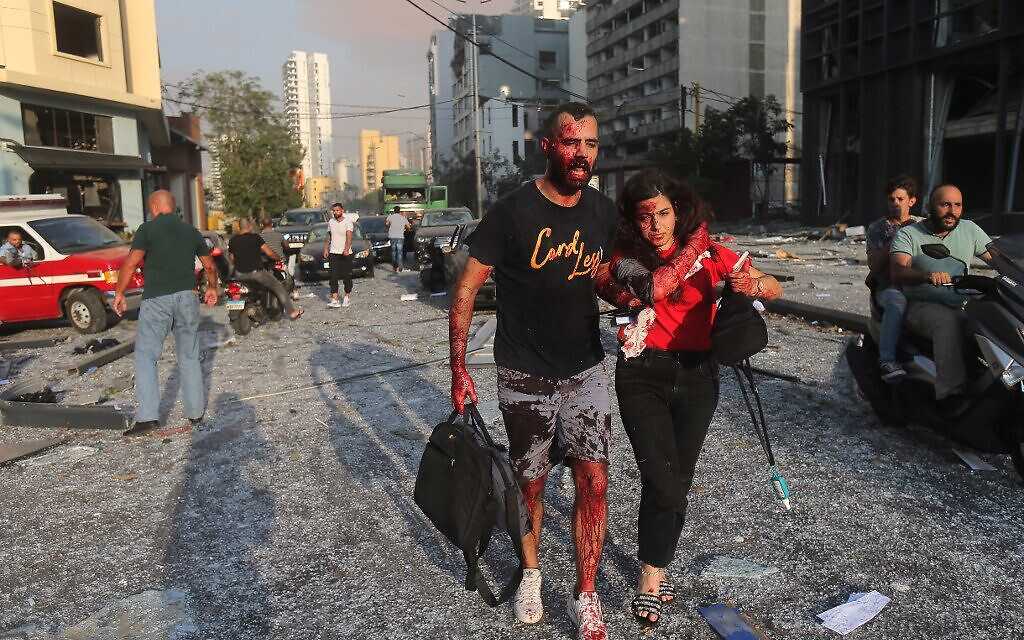 Wounded people walk near the site of an explosion at the port in the Lebanese capital Beirut on August 4, 2020.

Yemen-Press 'At least two Yemeni students were injured over the massive blast of Beirut port and they were taken to hospital for treatment,' Yemeni diplomatic sources in Beirut said. Diplomatic sources at the Yemeni embassy in Beirut hasn't gave further details on conditions of the two Yemeni injured.

Earlier, Mahdi al-Mashat, chairman of the Supreme Political Council based in Sana'a, has announced Yemen's solidarity with the Lebanese people and government after last day blast in Beirut.

Meanwhile, the member of Yemen's Supreme Political Council, Mohammad Ali al-Houthi, has offered deep condolences to the victims of the Beirut blast and called on Yemenis living in Lebanon to donate blood to victims.

Blast similar to a nuclea... Yemen-Press A massive explosion has shaken the Leb...

Sana'a: Even after... Yemen-Press The foreign minister of Yemen's National...