Spectator runs onto pitch in Wed. match with Palestinian flag 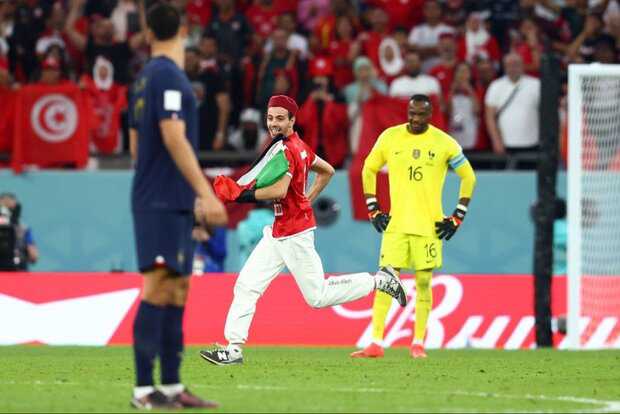 TEHRAN, November 30 (MNA) – A supporter wearing a Tunisia shirt and holding a Palestinian flag ran on to the pitch at Education Stadium during the second half of the World Cup Group D game between Tunisia and France on Wednesday.According to media reports, the man was pinned down and dragged off by around a dozen security officials to the chants of "Palestine, Palestine!." Several supporters were carrying the green, white, black and red Palestinian flag inside the compound of the stadium and they were raised during the game.

Fans also unfurled a Free Palestine flag during the game.