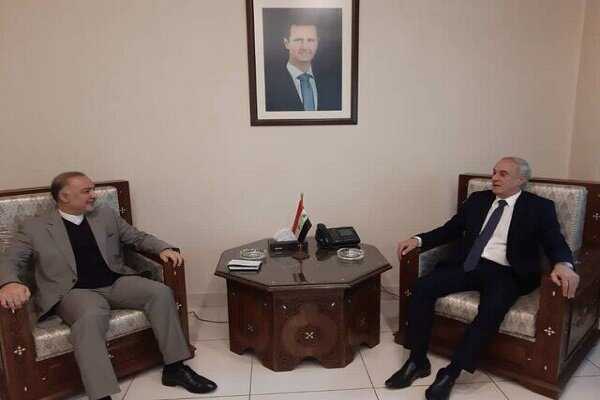 Mahdi Sobhani and Iman Susan discussed several regional and international issues, according to the Iranian embassy in Damascus.

Tehran-Damascus bilateral relations were another topic discussed between the parties during this meeting.

No further details have been released yet.