No limitations for Iran on expansions of ties with Egypt: envoy 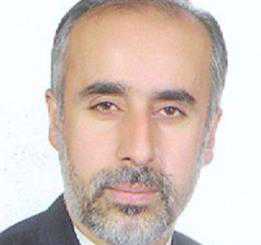 TEHRAN, February 19 (MNA) – Nasser Kanani, head of Iran's interest section in Cairo, lamented about the ongoing recession in Tehran-Cairo relations noting that the Islamic Republic considers no limitation for development of its ties with Egypt.In a press conference with Egyptian reporters and journalists, Kanani called for holding talks between the two sides saying, “No mutual talks will bring no cooperation, while misunderstandings will increase and the conditions will get tough.” The official underlined the role of Iranian and Egyptian media in creating a suitable channel for making the ground proper for negotiations between the two countries.

He reiterated Iran’s flexibility in its foreign relations, which relies on respect and preserving ties with near and far countries, adding that “Iran regards no limitation on its foreign relations with any countries, except the Zionist regime.” He named Zionist regime as the main source of instability in the region, threat of which will not be confined to the Palestinian borders.