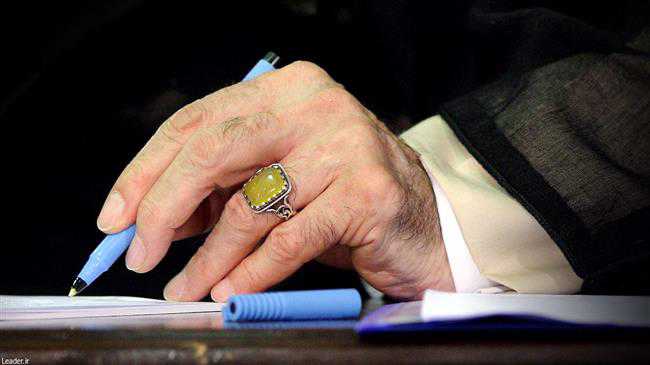 American Professor Dennis Etler has said that Leader of the Islamic Revolution “Ayatollah Seyyed Ali Khamenei's letter to the youth in Europe and North America, written 5 years ago today, continues to resonate and reverberate.” In January 2015,

Ayatollah Khamenei sent a letter
to the youth in Europe and North America, urging them to study about Islam and to get firsthand information about it before accepting their governments’ propaganda.

“I would like to talk to you about Islam, particularly the image that is presented to you as Islam.

Many attempts have been made over the past two decades, almost since the disintegration of the Soviet Union, to place this great religion in the seat of a horrifying enemy.

The provocation of a feeling of horror and hatred and its utilization has unfortunately a long record in the political history of the West,” said part of the letter.

Ayatollah Khamenei criticized “the Western governments’ insincere and hypocritical treatment” of other nations and cultures and said, “The histories of the United States and Europe are ashamed of slavery, embarrassed by the colonial period and chagrined at the oppression of people of color and non-Christians.” Professor Etler said, “Islam, for its millions upon millions of adherents, is more than a religion, it is a way of life that transcends national, racial, ethnic, and cultural barriers.

It is practiced on every continent and in every country on Earth.

The vast, overwhelming number of Muslims are people no different than those who partake of other belief systems, who value their traditions, and want to live a secure and peaceful life.

People all over the world want the same things, especially for their young ones, enough food, water, and shelter to allow them to grow and thrive, and access to a healthy environment, education, and health care so they can reach their full potential.” “Unfortunately, there are those in every religion, who seek to pervert their universal messages and distort the core believes of other people, to pit one against the other for their own personal advantage.

This has most recently been the case with Western attitudes towards Islam promoted by certain politicians and opinion-makers.

It should be clear to an impartial observer that the reason for this is motivated by geopolitics rather than any legitimate moral or ethical concerns,” he stated.

“Those who preach hatred against Islam are not interested in the lives of the Muslims who practice it.

Instead, their feigned concern has resulted in the unnecessary death of and injury to millions of people, the young, the old, and those in the prime of life.

The western animus against Islam has led to the destruction of whole nations and the ruination of civilizations far older than their own,” he said.

“Ayatollah Seyyed Ali Khamenei's letter is a clarion call to the youth in Europe and North America to see beyond the prejudices with which they have been inculcated,” he stated.

“To look with an unjaundiced eye at the true meaning of Islam so as to appreciate its timeless lessons that are the basis for the spiritual lives of nearly one-quarter of all humanity.

His letter is not meant to convert anyone to a particular set of beliefs, but to open the eyes of the youth of Europe and North America to the abiding truth of one of the world's intellectual treasures.

There should be no doubt that his wise counsel has been and will continue to be listened to and heeded by today's youth,” said Etler who has a decades-long interest in international affairs.

He’s a former professor of Anthropology at Cabrillo College in Aptos, California.

He has a PhD in anthropology from the University of California in Berkeley.