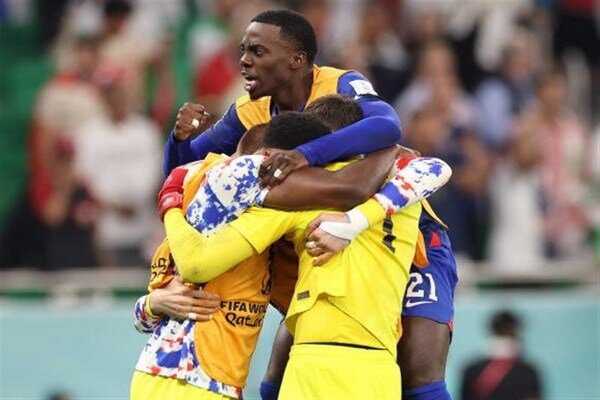 In his message released on social media, the American player lauded the Iranian squad after the United States defeated Iran 1-0 and secured their pass to the round of 16 in the World Cup underway in Qatar.

“Always been more than just football to me and I would just like to send my love to this wonderful team,” he wrote.

“Displayed so much pride and love for their country and for their people,” said the athlete. 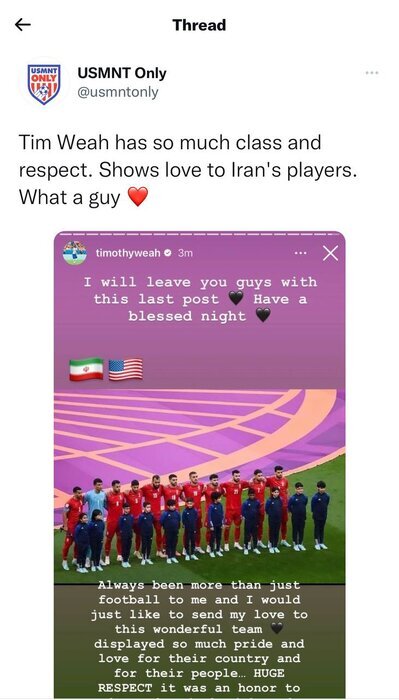 The Iranian squad said goodbye to the World Cup by gaining three points (one win and two losses) as well as scoring four goals and receiving seven goals.