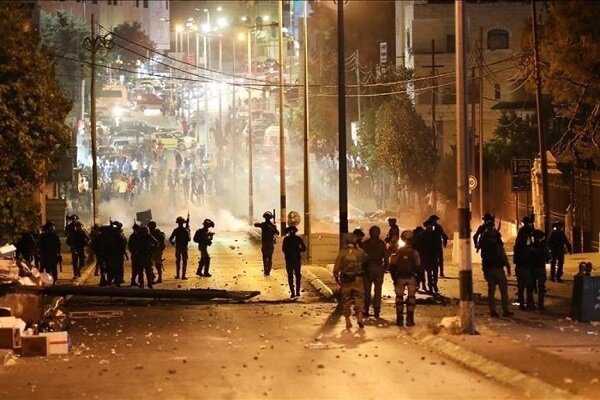 TEHRAN, July 05 (MNA) – Palestinian sources reported that a number of Palestinians were injured in clashes with the Israeli regim forces in the south of Hebron.The Zionists' attack was carried out in the Dura region in southern Herbon, Palestine Al-Youm reported.

6 people were injured by the Israeli regime's forces, according to local sources.

Sources also added that a Palestinian youth was injured during the clashes with Zionist forces in the Abu Dis area in the Occupied Al-Quds on Monday night.

A Palestinian man was also martyred in Tulkarm after the Zionists brutally attacked the area on early Tuesday, Alalam reported.