Report on Iran human rights status lacking any 'legal' base 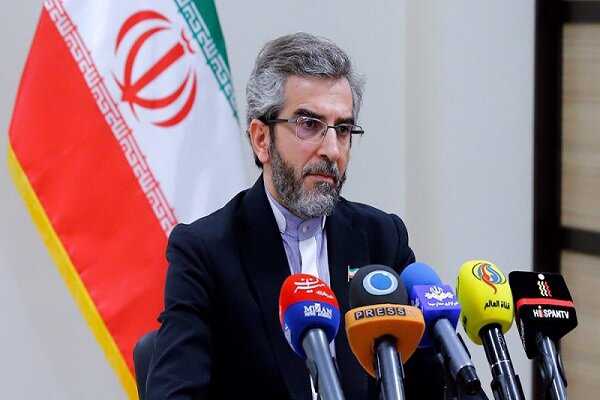 TEHRAN, October 27 (MNA) – Ali Bagheri-Kani called the UN special rapporteur's report on Iran's human rights a politicizing and baseless one which results from western powers' anti-Iran approaches.Speaking in a program on IRIB TV on Monday night, the head of the Judiciary's High Council for Human Rights made remarks in reaction to the UN special rapporteur's new report on Iran's human rights situation.

Stating that Special Rapporteur's report has no legal consideration, he added, "This is mainly based on allegations, accusations, and information provided by groups who are affiliated with terrorist groups and the anti-Iran countries." Stating that the draft of this report was recently given to the Islamic Republic of Iran, he added, “At that time, we evaluated its content detail by detail and explained its drawbacks, defects, contradictions, and shortcomings.” However, due to political approaches, in many cases, the responses of the Islamic Republic of Iran were ignored, Bagheri underlined.

Stressing that there is no expert view on the issue of human rights in the mentioned report, he said, “In every part of the report, the views of Western powers that are in conflict with the policies and approaches of the Islamic Republic of Iran can be seen clearly.” RHM/5057048