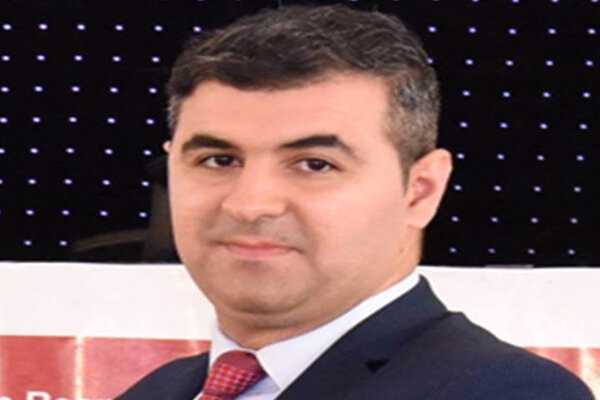 TEHRAN, October 26 (MNA) –Despite ups and downs in Iran and Republic of Azerbaijan relations, the two countries relation has entered a new, dynamic and promising stage of development in recent years.

These peoples have lived side by side for centuries.

The peoples of Iran and Azerbaijan belong to the Islamic world.

Scientific, spiritual and cultural ties have united these peoples throughout history.

During the period from 2003 to 2018, Azerbaijani-Iranian relations in the course of their development went through several stages, in each of which bilateral relations have experienced ups and downs.

However, since 2013, a new page has been opened in interstate relations, and Azerbaijani-Iranian relations have entered a new, dynamic and promising stage of their development.

The transport corridor "North-South" plays an increasing role in bringing Russia, Azerbaijan and Iran closer together, which contributes to the preservation of peace and security in the region.

It is expected that a significant reduction in transport costs and transportation time from South Asia to Northern Europe, will strengthen the geopolitical alliance and attract other countries to it, will play an important role in the formation of a regional trade center and increase the non-oil revenues of Azerbaijan and Iran.

The transport projects "North-South” and "East-West" create a favorable transport network for the countries of Central Asia and form the transit potential of Azerbaijan and Iran, the joint development of which is a priority for both countries.

After the signing of the Caspian Convention in 2018, new opportunities for cooperation have emerged, primarily in the Caspian.

The International Baku Port, today, is making every effort to become a regional transport and logistics center of Eurasia.

The construction of new sea gates continues in the Alat settlement.

Azerbaijan has already fully commissioned the first phase of the seaport in Alat.

Iran has also fortified its ports in the Caspian.

Given the existing infrastructure, it can be argued that the delivery of goods will be cheaper compared to other means of maritime transport, and the Caspian Sea will become an important platform for freight and passenger traffic between the two countries.

However, soon new opportunities for deeper cooperation will open between Iran and Azerbaijan.

The liberation of the cities of Zangilan and Jebrail, as well as the historic Khudaferin Bridge as a result of the Second Karabakh War, and most importantly, the restoration of full control over the 132-kilometer section of the Azerbaijani-Iranian border will strengthen economic ties between Azerbaijan and Iran.

4 years ago - during the visit of President Ilham Aliyev to Iran on February 23, 2016, an agreement was signed on cooperation between the governments of Azerbaijan and Iran in the field of continuing the construction of hydropower facilities and hydropower plants "Khudaferin" and "Giz Galasy" on the Aras river, their operation and use of energy and water resources ".

This agreement proclaims the principles of respect for the sovereignty and territorial integrity of Azerbaijan and Iran, the same rights to water and energy resources of the «Khudaferin» and «Gyz Galasy» hydropower facilities.

It also emphasizes the need to restore the territorial integrity of Azerbaijan in accordance with UN resolutions.

This agreement provides Azerbaijan's access to the occupied territories and makes it possible to carry out economic activities there.

The agreement once again emphasized the belonging of these territories to Azerbaijan and completely excludes the rights of Armenia to them.

At that time, some political forces argued that the hydroelectric power plants on the Aras River, the construction of which was provided for by the agreement, would allegedly serve to strengthen the communication link between Iran and Armenia.

The political forces, who understood absolutely nothing about the essence and strategic significance of this agreement, presented it as if this document created conditions for the development of Armenian-Iranian cooperation.

Today, when Azerbaijan managed to fully restore the international border with Iran, it became clear once again that the political forces that criticized this agreement did not understand not only its political significance, but also the processes of regional and global significance, including the growing authority, the military and political power of Azerbaijan.

They were completely unable to analyze these processes and did not take into account the reality that the occupied Azerbaijani regions adjacent to the Iranian border would be liberated from the armed forces of Armenia.

An analysis of bilateral relations between Azerbaijan and Iran allows us to draw a general conclusion that at the present stage, Azerbaijani-Iranian relations are experiencing a new, dynamic and promising stage in their development, which contributes to the strengthening of peace and good-neighborly cooperation in the region, the search for constructive answers to the challenges of the rapidly changing international situation.

Now there is every reason to assert that in the post-war period, after the end of the war in Karabakh, another new page will open in the relations between Iran and Azerbaijan.

There is a lot of work ahead of both countries - Tehran and Baku have to fulfill their obligations to fulfill the agreement signed on February 23, 2016 in Iran.

Seymur Mammadov is the director of the international expert club EurAsiaAz and editor-in-chief of Azerbaijan news agency Vzglyad.az.