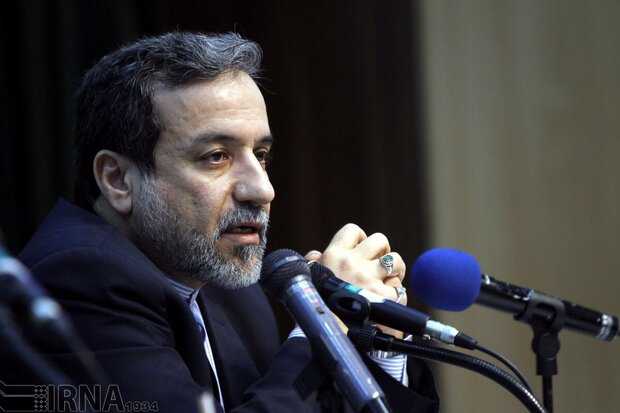 TEHRAN, February 26 (MNA) – Iran’s Deputy Foreign Minister Abbas Araghchi says the European parties to the 2015 nuclear deal are willing to preserve it, reiterating that the pact is “still alive”.Speaking to reporters on the sidelines of the 15th meeting of the joint commission of the Joint Comprehensive Plan of Action (JCPOA) in Vienna on Wednesday, Araghchi referred to the willingness of the European sides to keep the deal, reiterating that “JCPOA is still alive.” The Iranian diplomat said there is a difference of opinion among the Europeans over triggering a dispute mechanism to the deal, however, noting that today’s meeting did not pertain to the issue.

The joint commission meeting was held at the level of deputy foreign ministers and director generals of P4+1, with the representatives of EU, Germany, France, Russia, China, the UK, and Iran in attendance.

Schmid wrote on her Twitter account on Tuesday, “In Vienna to prepare first JCPOA Joint Commission of 2020, to continue to oversee the implementation of the agreement.” She added, "We have a collective responsibility to preserve the Iran Deal." MNA/IRN83692389