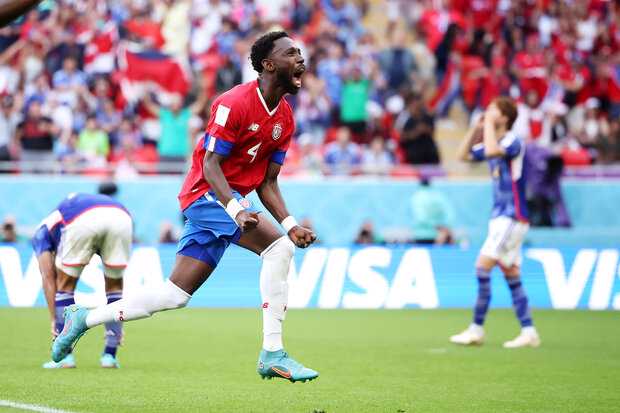 TEHRAN, November 27 (MNA) – Japan missed a golden opportunity to confirm their place in the last 16 of the World Cup after suffering a surprise defeat to Costa Rica at the Ahmed bin Ali Stadium.

Coming into the game on a high following their win over Germany, the Asian side was caught out by a late goal by Keysher Fuller as Costa Rica looked far more assured than their 7-0 thrashing by Spain.

Costa Rica snatch all three points in a shock 1-0 win over Japan - scoring with their first and only shot on target so far at the 2022 World Cup.

Costa Rica worked very well without the ball and was quick to pick up loose balls as well as making several terrific tackles.

The issue was that when they had the ball they didn't really know what to do with it, Eurosport reported.

Japan tried but failed to get a passing rhythm going, with Costa Rica's shape making it difficult for the Asian side to play through the lines.

Hajime Moriyasu made two changes at half-time and Japan greatly improved, having two quick shots on target of the match within the first two minutes of the second period.

Japan started to get on the ball and dictate proceedings, showing much better invention on the ball to play through Costa Rica.

Costa Rica really struggled to get up the pitch as Japan increased their intensity, but 10 minutes from time Keysher Fuller found space to bend one in against the run of play with Costa Rica's first shot on target of the World Cup.