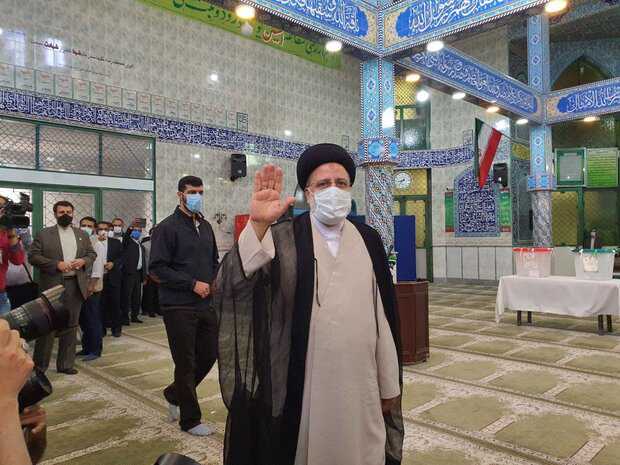 TEHRAN, June 20 (MNA) – Many political leaders and prominent figures in the region and the world in separate messages congratulated Iran's President-elect Seyyed Ebrahim Raeisi for his victory in the 13th presidential election.

In a statement on Saturday afternoon, interior minister Rahmani Fazli announced the final result of the presidential election.

Following the announcement of Raeisi's winning in the 13th presidential election, many political leaders and prominent figures in the region and the world offered their congratulations on his victory.

He also expressed hope that With the victory of Raeisi, the relations between the two governments and the two nations in the fields of culture, economy, fight against drug trafficking, as well as the fight against terrorism will be further expanded and strengthened.

Uzbekistan: Shavkat Mirziyoyev, the President of Uzbekistan, also offered his congratulations to Ebrahim Raeisi on his victory in Friday presidential elections.

Iraqi Kurdistan Region: In his congratulatory message to President-elect Raeisi, Head of the Iraqi Kurdistan Region Nechirvan Barzani expressed hope that the strengthening of Baghdad-Erbil relations with Tehran would be based on good neighborliness and common interests.

Venezuela: In a message, Nicolas Maduro, the President of Venezuela, congratulated Ebrahim Raeisi on victory in the Iran presidential elections.

"President-elect Ebrahim Raeisi and the Iranian people will enjoy the unconditional support of President Nicolas Maduro in order to deepen the unity of the peoples of the two countries in the face of struggles for social justice, dignity and sovereignty in a troubled world and to continue building a multipolar world," the message read.

This item is being updated... ZZ/