Maduro expresses desire for foreign aid, deal with US 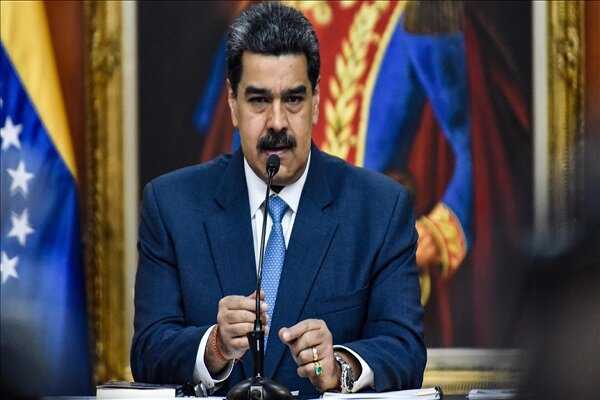 TEHRAN, June 19 (MNA) – Venezuela’s President Nicolas Maduro declared on Friday that his government is seeking to negotiate with the US President Joe Biden administration in line with easing of their diplomatic and trade tensions.

Maduro hopes that the US eases its policy of sanctions against Venezuela so that foreign investors can invest in Venezuela, which he said would create jobs and “reduce misery” in the country.

“It’s time to make a deal … hopefully, we could find paths of reconciliation, of respect, paths of mutual benefits, and paths that allow us to normalize relations between the United States and Venezuela,” Maduro said in an interview with Bloomberg.

"Venezuela is going to become the land of opportunities … I am inviting American investors not to be left behind," Maduro added, Anadolu news agency reported.

In exchange, Maduro is offering a “mega-election” in the country, which would include nationwide, regional, and municipal elections.

Maduro stressed that this “mega-election” will be “transparent, reliable and verifiable.” He confirmed formal invitations to the European Union, the African Union, electoral specialists, political centers, among other organizations.

Maduro affirmed that his government is currently having “intense negotiations” about this subject with “all the oppositions.” He invites the United States to join such negotiations.

"I think there will be good news and good news for these mega-elections soon," Maduro said.