Donald Trump, his more than 240 measures against Cuba 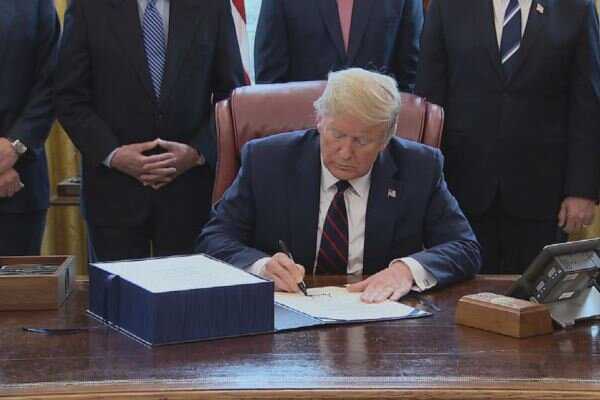 TEHRAN, January 20 (MNA) – Since US President Donald Trump took office in January 2017, his government has taken unprecedented measures against Cuba, which stood out due to their hostile systematicity and they currently surpass 240.According to statements by Cuban authorities, each sector in the Caribbean island has been hit by this escalation of aggression, marked in the context of the Covid-19 pandemic.

Most of the 242 measures have tightened the economic, commercial and financial blockade imposed by Washington for almost six decades.

The aim has been to overthrow the Cuban Government, obstruct the sources of income, hinder relations and create a situation of ungovernability, official sources pointed out.

These provisions have prohibited cruise ships' trips, as well as regular and charter flights to the entire country, except Havana.

These measures have prevented sending remittances through the Cuban companies Fincimex and American International Services (AIS), the main formal channels to conduct financial transactions in Cuba.

Likewise, Cuba cannot import products that contain more than 10% of US components, while its rum and tobacco, the main export items, are prohibited from entering the United States.

In the same way, Cuba's banking-financial operations have been persecuted, and some 231 companies have been included in the US Department of State's List of Restricted Entities and Subentities Associated with Cuba.

The measures against vessels, shipping companies and firms linked to fuels, provisions against senior leaders, in addition to the inclusion of Cuba in arbitrary and unilateral lists, complete this panorama created by the Republican president.

On January 11, a few days before leaving office, the Trump administration adopted another measure, consisting of including Cuba as an alleged state sponsor of terrorism, a decision widely rejected globally.

On Monday, Cuban President Miguel Diaz-Canel described the legacy by the US president as shameful, for which 'Cuba remains and will remain firm.' ZZ/Prensa Latina