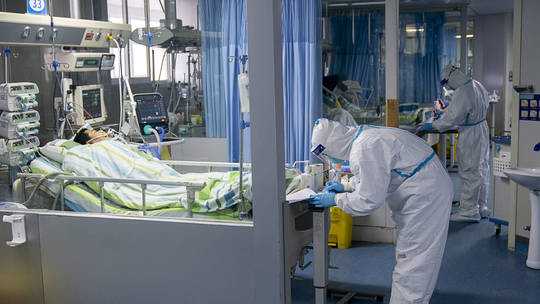 A top US health official said the spread of coronavirus in the country now appears to be inevitable.

Nancy Messonnier, director of the Centers for Disease Control and Prevention's (CDC) National Center for Immunization and Respiratory Diseases, told reporters on Tuesday the agency expects to see community spread of the disease.

Messonnier said two out of the three requirements for a “pandemic of new disease” have been met, and American businesses and families should begin to prepare for a larger outbreak.

“Disruption to everyday life might be severe.' The warning from CDC represents a dramatic escalation in tone from recent weeks, as the disease continues to spread throughout the world.

Her comments came the same day that Health and Human Services Secretary Alex Azar heard concerns from lawmakers that the Trump administration is 'lowballing' its request for new emergency funding to fight the disease.

'It seems to me at the outset that this request for the money, the supplemental, is lowballing it, possibly, and you can't afford to do that,' Senate Appropriations Committee Chairman Richard Shelby (R-Ala.) told Azar of the $2.5 billion request.

'If you lowball something like this, you'll pay for it later,' Shelby added.

More than 77,000 coronavirus cases have been confirmed in China, where it was first detected.

More than 2,000 cases have been identified in other countries, including 57 in the US That includes 40 cases of people who had been repatriated to the country from the Diamond Princess cruise ship.

Stocks fell further Tuesday as fears about the virus continued to drag down global markets.

The Dow Jones industrial average traded down as much as 550 points after plunging more than 1,000 on Monday, erasing any gains made so far this year.