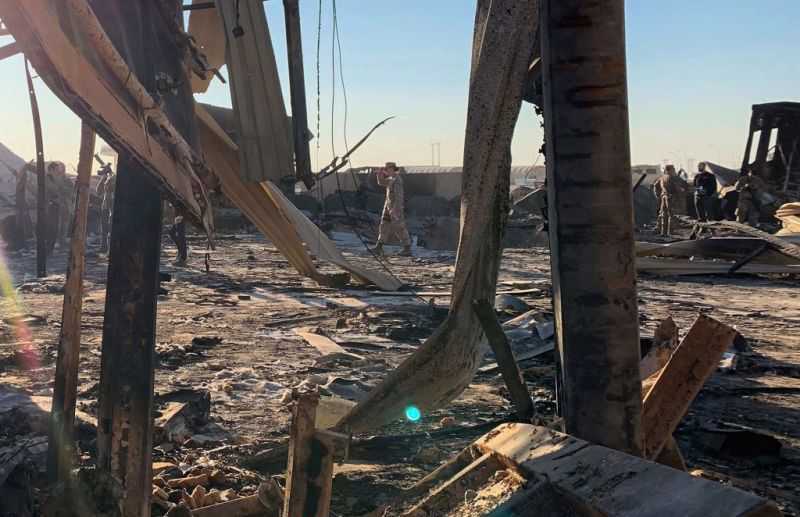 Pentagon announced on Friday that one more US service member has been diagnosed with a traumatic brain injury following Iran’s January missile strike on Ain al-Asad base.

The new diagnosis brings the total number of US service members who suffered brain injuries in the attack to 110, the Hill reported.

“From al Asad to Germany and the United States, the military’s medical professionals continue to work diligently to ensure the appropriate level of care for our service members, which has enabled 70 percent of those diagnosed to return to duty,” said Pentagon.

Pentagon revealed on February 10 that 109 US service members had suffered traumatic brain injuries following IRGC’s missile attack at al-Asad airbase back on January 8 which was a response to US’ assassination of Iranian top commander Lieutenant General Suleimani.

At the White House, Trump adamantly denied the Iranian missiles left any casualties.

But Tehran said the US military conducted at least nine sorties after the operation, taking the wounded to Jordan and the Israeli-occupied territories, while Chinook helicopters transferred the injured to a US hospital in Baghdad.

Out of despair and under pressure from Congress, the Trump administration has gradually announced casualties from the Iranian attack.

When the Pentagon first reported that service members suffered TBIs in the attack, President Trump downplayed the injuries, saying he “heard that they had headaches and a couple of other things” and calling them “not very serious.”