Erdogan: No Issue That US and Turkey Can't Resolve 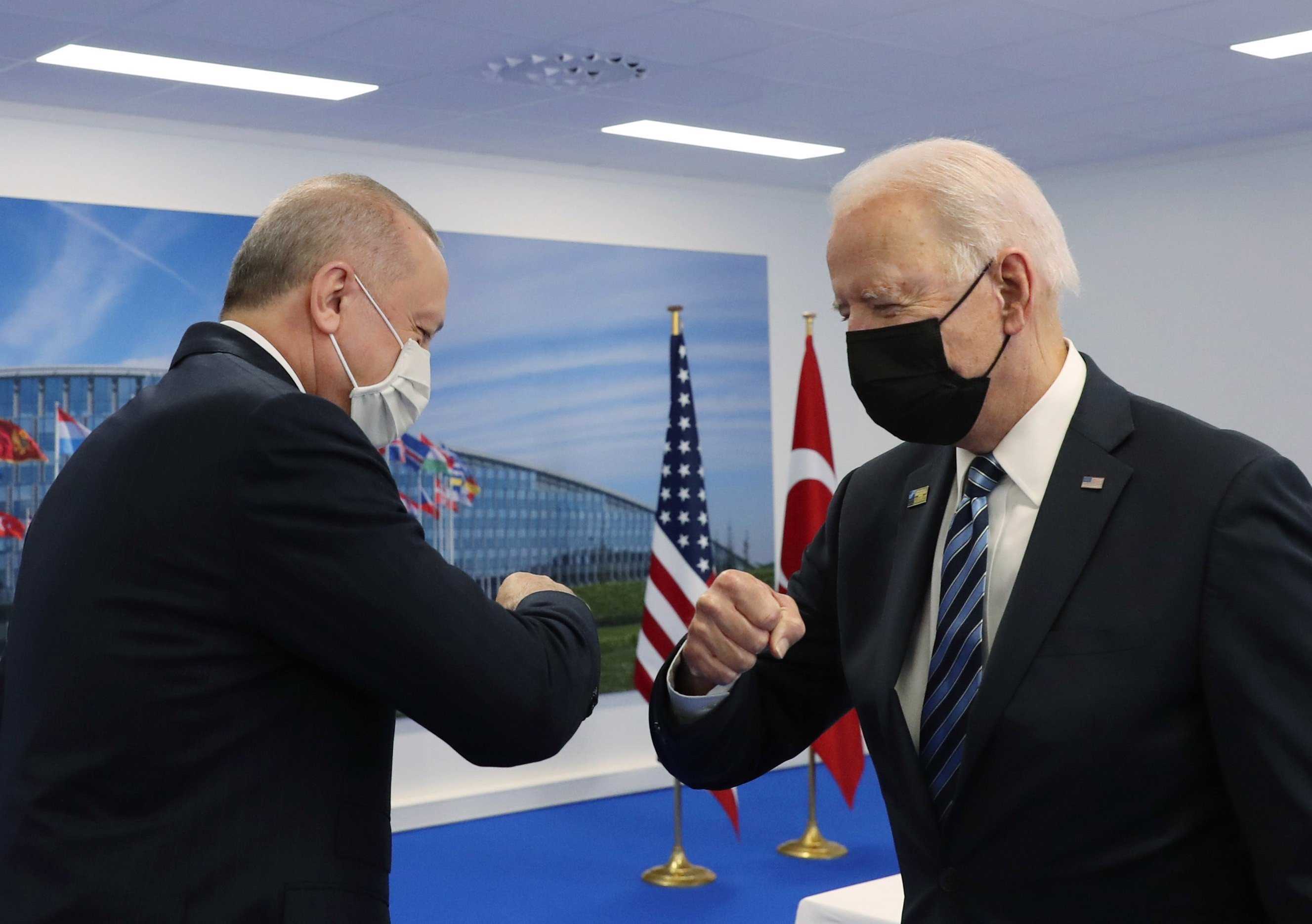 Speaking at a meeting of his cabinet, Turkish President Recep Tayyip Erdogan has shared some details about his recent talks with US President Joe Biden and their attempts to forge a fresh start in relations between Ankara and Washington.

Erdogan said that he and Biden had discussed future bilateral cooperation and had come to an agreement that there is no issue that the two countries couldn't resolve eventually.

'As we strengthen channels of dialogue with the US at all levels, we are determined to transform the beautiful relations we have built with Biden into maximum benefits for our countries.

We believe that we will resolve the [bilateral] issues in time.

We believe that we have opened the doors of a new era [of cooperation] with the US on a positive and constructive basis', Erdogan said.

The president added that Ankara should present a simple list of demands for the US: to respect the country's sovereignty in politics and economy and to support Turkey's fight against terrorist organisations.

The latter might create obstacles for a 'fresh start' in bilateral ties because Ankara sees Kurdish militants in Syria as terrorists, and the US actively works with and supports them.

Erdogan went on to stress the importance of good relations with Turkey, noting that the NATO alliance will have a hard time surviving if Ankara drops out of the bloc.

US-Turkish Relations Ties between Ankara and Washington have been deteriorating since Turkey signed a contract to buy S-400 air defence systems from Russia in December 2017.

The US has repeatedly demanded that Turkey ditch the deal, claiming that the S-400s are incompatible with the NATO defence grid and that they would pose a threat to F-35 jets' secrets by potentially revealing them to Moscow.

Ankara has on numerous occasions ruled out data leaks regarding the F-35s, but regardless of its assurances, Washington kicked Turkey out of the F-35 programme, which the country had helped fund.

Turkish officials also pointed to the fact that NATO, and the US specifically, had no issues with Greece buying and deploying Russian S-300 systems, despite also being part of the alliance.

Turkish President Recep Tayyip Erdogan dismissed the possibility of giving up its acquired S-400s, calling the decision to buy them Ankara's sovereign right.

He has repeatedly invited the US to find a solution to the problem that would be suitable for both sides, but Washington has so far ignored the offer to create a working group.

Erdogan had also hoped to find a solution to the issue during his meeting with US President Joe Biden at the recent NATO summit in Brussels.

However, by the end of the event, the sides couldn't reach a compromise on the S-400 issue.