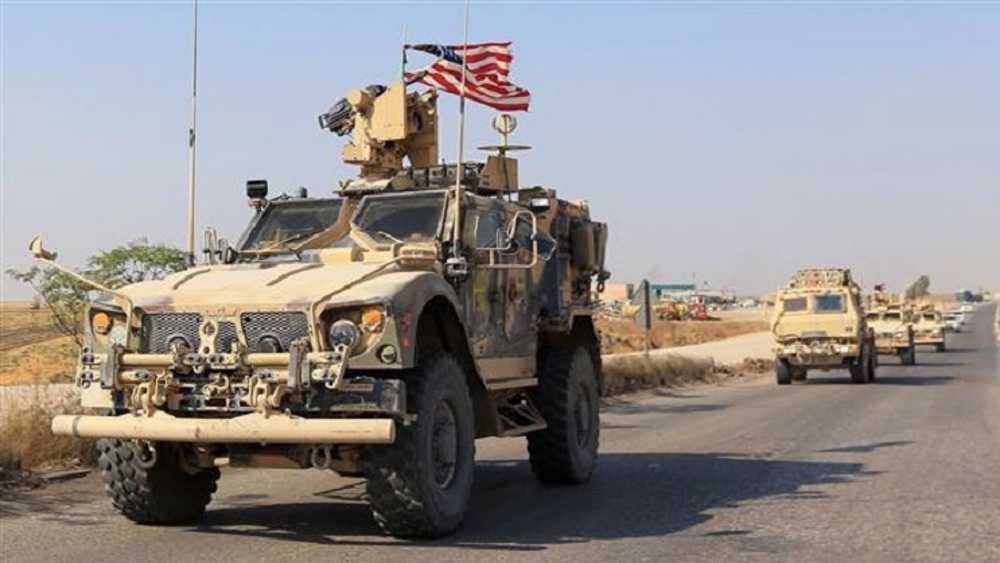 Two roadside bomb attacks have hit convoys of logistic vehicles belonging to the so-called US military coalition in Iraq, which is purportedly fighting the Daesh terrorist group in the Arab country. An unnamed security source told Arabic-language

Shafaq news agency
on Thursday that the first attack occurred in Iraq's southern province of Muthanna on a highway near the provincial capital city of Samawah.

The source said the explosion caused no casualties, leaving only some material damage.

The second attack took place on a highway in the Abu Ghraib area, west of capital Baghdad several hours after the first attack occurred, according to a

The report, citing an unnamed security source, said the explosion injured one American soldier who was taken to a nearby hospital.

The source said the blast site was cordoned off and an investigation was launched into the incident.

No group or individual has yet claimed responsibility for the attacks.

They are the latest in a string of such incidents in the Arab country in recent weeks.

On December 31, a roadside bomb exploded in the southern province of Basra, targeting a US military coalition's logistics support convoy.

The first occurred on a highway near Samawah.

The second attack took place in the Latifiya region on the outskirts of Baghdad.   The attacks come amid rising anti-US sentiment which has intensified since last year's assassination of a top Iranian anti-terror commander in Baghdad.

General Qassem Soleimani, the commander of the Quds Force of Iran's Islamic Revolution Guards Corps (IRGC), and his Iraqi trenchmate Abu Mahdi al-Muhandis, the deputy head of the Popular Mobilization Units, were targeted along with their companions on January 3 last year in a terror drone strike authorized by former US president Donald Trump near Baghdad International Airport.

Two days after the attack, Iraqi lawmakers approved a bill that requires the government to end the presence of all foreign military forces led by the US in the country.

Currently, there are approximately 3,000 American troops in Iraq