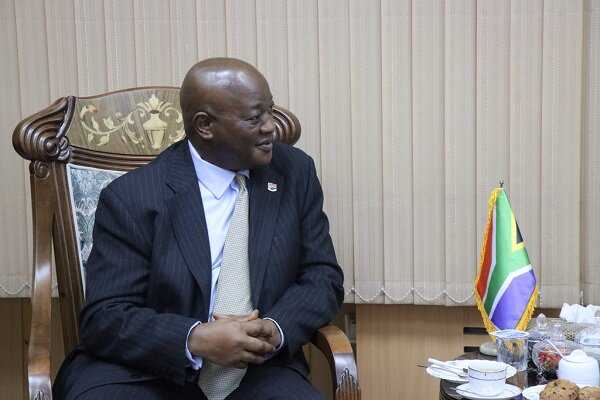 TEHRAN, November 30 (MNA) – South African Ambassador in Tehran has called for further boosting bilateral relations in the trade sphere with Iran.Vika Mazwi Khumalo made the remarks in a meeting with Gilan Governor, adding that South Africa is ready to cooperate with the Gilan province in the field of agriculture.

Preparing investment infrastructure as well as enjoying a lot of commonalities can lay the ground for a boom in trade exchanges between the two countries, he underlined.

South Africa also enjoys rich capacities in the agriculture sector, which could open up a new chapter in relations between the two states, he pointed out.