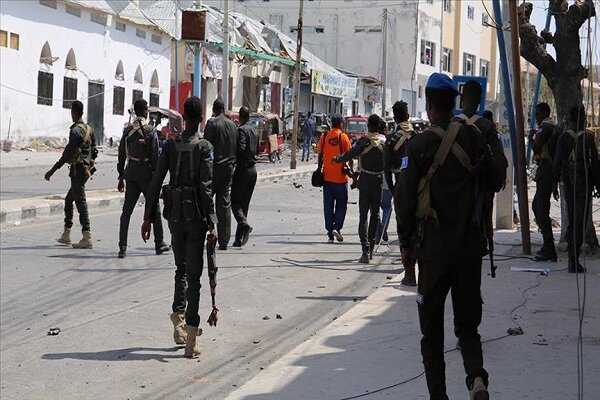 TEHRAN, November 28 (MNA) – A hotel in Somalia's capital Mogadishu, where government officials are known to stay, has come under attack.

There was no word yet on any casualties in the latest attack claimed by the al-Shabab armed group, Al Jazeera reported.

The attackers stormed the Villa Rose hotel, which is close to the presidential palace, with explosives and guns, said police officer Mohammed Abdi on Sunday.

It was not immediately clear how many attackers there were, he said.

Some government officials at the Villa Rose were rescued after escaping from windows, said Abdi.

The state minister for the environment, Adam Aw Hirsi, wrote on Twitter that he was safe after a “terrorist explosion targeted at my residence” at the hotel, where many government officials stay.

“We were shaken by a huge blast, followed by a heavy exchange of gunfire,” said Ahmed Abdullahi, who lives close to the scene of the explosion.

“We are just indoors and listening to gunfire.” The attack comes as al-Shabaab has intensified its attacks in Somalia, with at least 100 people killed in twin car bombings in the Somali capital on October 30.

“Our people who were massacred … included mothers with their children in their arms, fathers who had medical conditions, students who were sent to study, businessmen who were struggling with the lives of their families,” Somali President Hassan Sheikh Mohamud said after visiting the site of the October 30 blast.

At least 21 people were killed in August when al-Shabab attacked another hotel in Mogadishu.

The armed group also claimed an attack on yet another hotel in the southern city of Kismayo last month that left nine people dead.