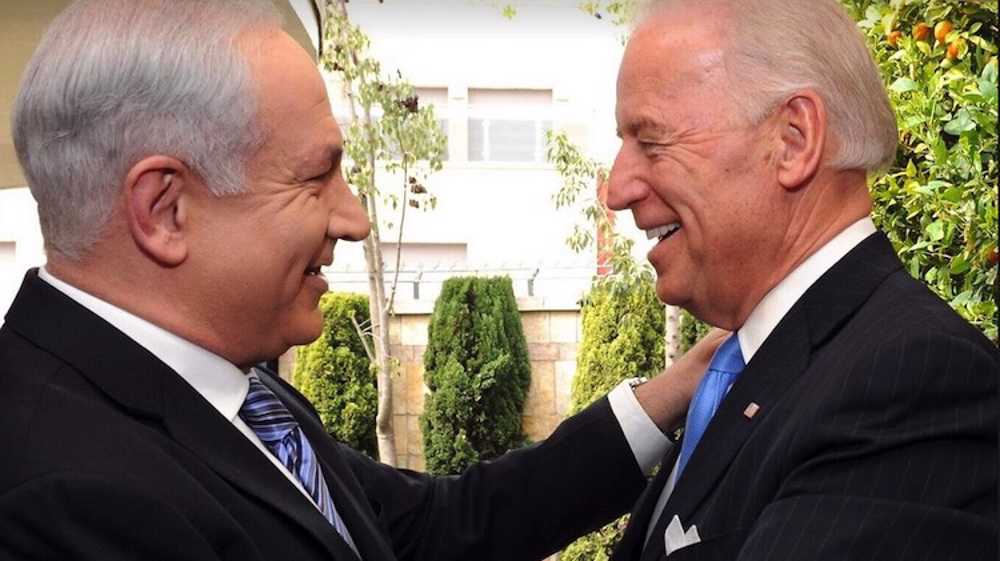 A new report cites a “very senior Israeli official” as saying that the occupying regime would start snubbing the US if it reentered a 2015 nuclear deal between Iran and world powers that was ditched by the previous American administration. “If Biden adopts [former US president, Barack] Obama’s plan, we will have nothing to talk about with him,” the regime’s Channel 12 reported on Wednesday, citing the unnamed official.

Although the channel did not specify what plan the official meant, the online newspaper

The Times of Israel
said the official was referring to the nuclear agreement, officially called the Comprehensive Joint Action Plan (JCPOA), sealed in 2015 between Iran and the 5+1 group of countries (which was then made up of the US, the UK, France, Russia and China, plus Germany).

The remarks came on the same day as Joe Biden took over the White House following the end of predecessor Donald Trump’s tenure.

Trump took the US out of the deal -- that is officially known as the Joint Comprehensive Plan of Action (JCPOA) -- in 2018 following widely reported provocation on the part of Israel and some of its allied regional regimes.

The former president would continually vilify the JCPOA, calling it “the worst deal ever,” a term that has also been used for the agreement by Israeli Prime Minister Benjamin Netanyahu.

Biden has suggested he could return the US to the agreement that was signed during Trump predecessor Barack Obama’s tenure.

Reporting the Israeli official’s remarks, the Israeli channel also warned that the new US administration’s potential return to the JCPOA could lead a crisis in Israeli-American relations.

Netanyahu ally says Israel could attack Iran if Biden rejoins nuclear deal
An ally of Israel
Washington, though, is apparently trying to assure the Israeli regime and its other allies that it is in no hurry to rejoin the accord and thus risk ruffling their feathers.

On Tuesday, Biden’s pick for secretary of state, Antony Blinken said during a testimony to senators that he would surely “engage with Israel and its Arab allies before reentering the JCPOA,” The Times of Israel cited him as saying.

Blinken, however, appeared to be defending the JCPOA at the same time by acknowledging that the deal “had been working.” Iran “only started violating it after former president Donald Trump left the agreement and imposed sanctions against Tehran,” the paper added.

He was referring to a set of nuclear countermeasures that the Islamic Republic began to undertake in response to the US and some other JCPOA partners’ non-commitment to the deal.