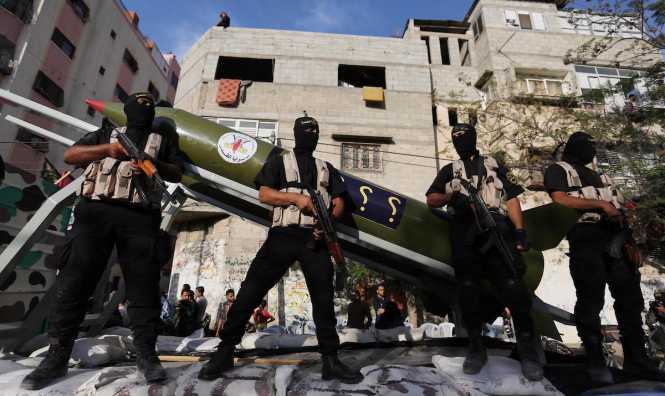 Al-Quds Brigades, the military wing of the Islamic Jihad, announced Monday night the end of its military response to the two Israeli crimes of killing one Palestinian and mutilating his corpse in Khan Younis and launching an air raid on one of the movement's site in Damascus.

In a statement, the resistance movement vowed to respond to any Zionist military escalation, knowing that it fired dozens of rockets at the Israeli settlements in Gaza's vicinity during the past 24 hours.

Al-Manar correspondent reported that the Zionist warplanes escalated raids on the Strip after the Islamic Jihad issued this statement.