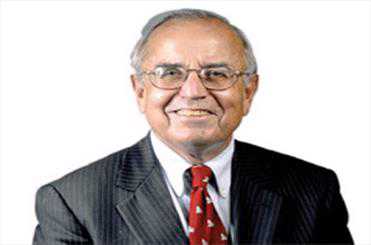 TEHRAN, January 21 (MNA) - Talking of Donald Trump's legacy and his failures and achievements, Dr Arthur I Cyr said, "Overall, I believe he has been destructive for the US alliance and foreign relations generally."Yesterday afternoon, President Donald Trump's term ended.

It's been a whirlwind four years and lots of things that should be considered.

To know more about the legacy of such an unprecedented president of the country, we reached out to Dr Arthur I Cyr, director of the AW Clausen Center for World Business at Carthage, and asked him to break the legacy of Trump down for Mehr News Agency's readers.

Describing Trump's achievements and failures, Cyr said, "Overall, I believe he has been destructive for the US alliance and foreign relations generally.

There have been specific positive developments, including the establishment of diplomatic relations between Israel and the UAE and Bahrain.

Trump's reluctance to send our military forces to other countries also has been positive." "Domestically, deregulation and tax cuts have encouraged very strong economic growth.

Unemployment was at record lows until the pandemic hit.", he added.

That, in turn, was one factor in his defeat for reelection." Cyre further noted, "Keep in mind he never won a majority of the popular vote.

He has further hurt future political prospects by refusing to accept the election result and publicly claiming fraud.

He does represent a strong populist streak in American politics, present since the early years of our nation." Interview by Payman Yazdani