﻿When Will Muslims Stone US, ‘Israel’ as Pilgrims Stone Devil in Mecca? 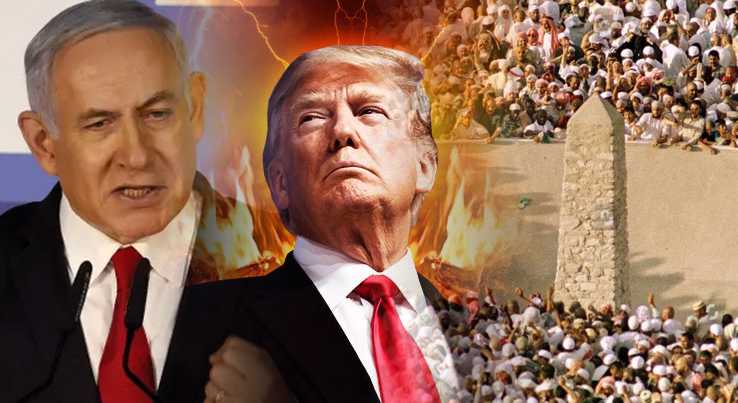 Hundreds of thousands of Muslim pilgrims on Sunday flocked to Jamarat Al-Aqaba in Mina to perform the 'stoning of the devil' Hajj ritual, as Muslims all over the world celebrate Eid Al-Adha holiday.

The rite which refers to challenging the Satan’s will and liberating the human’s will from its influence, which enables man to enjoy a happy life and afterlife.

Supreme Leader of the Islamic Revolution in Iran, Imam Ruhollah Khomeini, in his speech on November 5, 1979 described the US administration as the Great Satan which must be challenged and fought by all the Arabs and Muslims.

Imam Khomeini highlighted the historical fact that the United States of America has been behind all the crises of the Islamic Umma, especially the support ‘Israel’ receives from the US administration.

The Zionist enemy, since its advent, has been inflicting heavy losses upon the Arab and Islamic Umma, occupying swathes of its territories, causing much destruction, and killing or injuring of Arabs and Muslims.

All the Israeli crimes have been sponsored and supported by the US administration which also administers a coalition that faces all the resistance movements in the Umma.

Needless to mention the US invasion of Iraq and support to the terrorist war on Syria and Saudi-led aggression on Yemen.

In 2017, US President Donald Trump visited Saudi Arabia striking deals, estimated to value around $380 bn, posing a major question about the situation of squandering the Umma’s fortune for the sake of the United States.

The abovementioned synopsis shows clearly that the Arabs and Muslims have to stone US and ‘Israel’ as the Great Satan and cause of woes across the Umm in addition to stoning the devil in Mecca as part of the Hajj rituals.

When will the Arabs and Muslims stone US and ‘Israel’ as the Great Satan?