The West plans to set off conflicts inside Iran 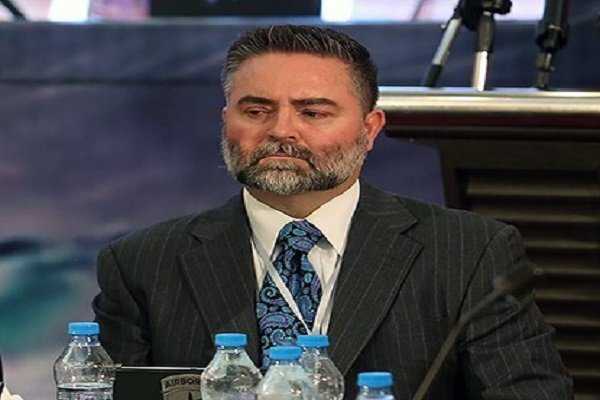 TEHRAN, November 29 (MNA) – Scott Bennet, a former US Army Special operations officer, says certain Western countries are seeking to replicate Afghanistan and Iraq in Iran by creating chaos to break up the country and pillage its resources.“The West is fully committed to an absolute chaotic breakdown of the Iranian government, religious, and military sectors in Iran, as they did in Afghanistan and then Iraq, in order for chaos to be created and Iran be divided up into regions for national resources theft,” Bennett tells the Tehran Times.

Scott Bennet also highlights that Israel is the main benefactor of Western hostility and maneuvers against Iran and exploits these tensions to engage in attacks in Lebanon, Syria, Iraq, and Yemen.

Following is the text of the interview: Do you confirm this view that the recent riots in Iran are defined within a context of a hybrid war? It is becoming increasingly obvious that a domestic terrorism campaign is being launched against Iran in the guise of fake human rights protests, as was done in Syria by the United States, Israel, and NATO forces.

Obviously, these same powers are employing the same techniques and deploying the same mercenaries to engage in an attempted “color revolution” and regime change operation against the Iranian government.

Most likely these terrorists are a combination of MEK, Wahhabi fanatics, Israeli Zionist Mossad ad Likud party devotees, and supported by American CIA, British MI6 Intelligence, Saudi Arabian and Iraqi elements of Al Qaeda, Al Nusra, ISIS, and other terrorists for hire by the West.

Internal turmoil and terrorist operations were happening simultaneously in Iran in October.

How these two moves can be interpreted as parts of a hybrid war?

The plan is for foreign terrorists to infiltrate Iran and set off internal divisions and inter-tribal and sectarian animosity and conflicts between Shia, Sunni, Alawites, Christians, Jews, and Kurds living in Iran.

The main areas targeted for igniting unrest, conflict, and violence have been in these areas of Iran.

The technology used has been a combination of cell phones, social media, and external foreign media.

The message has been the alleged uprising of women in a false claim that they are seeking justice for a woman who had died in police custody, but who in actuality died from medical complications from a prior illness.

The West is trying to conflate this issue with women’s rights, and attempting to define women in general as abused, trampled, enslaved, and suffering inhuman degradation within Iran, and thereby attempting to recruit other moderate women into the cause, as well as immoral men who seek to exploit this into opportunities to exercise an immoral and human trafficking agenda regarding Iranian women.

Additionally, the West is fully committed to an absolute chaotic breakdown of the Iranian government, religious, and military sectors in Iran, as they did in Afghanistan and then Iraq, in order for chaos to be created and Iran to be divided up into regions for national resources theft—as was similarly done in Iraq and Syria.

What are the major features of a hybrid war against the Islamic Republic? The features of the hybrid war would be a combination of DIME operations, which translates into Diplomatic, Informational, Military, and Economic actions against Iran for the purpose of creating leverage that could then be used to destabilize the government and introduce chaos to manage the conquest of Iran.

On the Diplomatic front, United Nations declarations within the Security Council and other NATO and European Union entities will be increasingly used to broadcast propaganda to other nations about Iran, falsely claiming abuses against women and an agenda for developing nuclear weapons against the West.

On the Informational front, mainstream media in the American and European, and Israeli television and newspapers and internet platforms will broadcast false claims and accusations about Iran, which could include claims of torturing civilians, extortion, theft of finances, military preparations for war and blocking the Persian Gulf oil transports and maneuvering against the West.

This would be intended to excite fear and animosity in the public mind of the West against Iran.

On the military front, the propaganda in the Diplomatic and Informational front would justify naval maneuvers and air force missions to patrol the Persian Gulf and over Iranian allies such as Syria.

Saudi Arabia could use this as cover for its own military maneuvers against Yemen, Turkey, and Israel move against Syria and Lebanon, and Iraq, and NATO increases its operations.

We may also see Israel under the Netanyahu regime increase air attacks against Syria and make intrusions further over Iraqi air space and the Persian Gulf as probing maneuvers against Iran.

On the economic front, this will trigger economic sanctions against Iran by the US and their European Union vassal states.

Who are gaining from implementing Hybrid wars in different countries? Israel is the main benefactor of Western hostility and maneuvers against Iran and exploits these tensions to engage in attacks in Lebanon, Syria, Iraq, and Yemen, and also used by Israel to generate false accusations against Iran and present it to the United States Congress with claims of nuclear weapon development or chemical weapons, or other typical propaganda.

Of course, the other beneficiaries are the military-industrial complex which generates the arms and weapons and war-related products and services to the US and NATO military.

These companies include Haliburton, Northrop Grumman, Boeing, Raytheon, Booz Allen Hamilton, SAIC, Dyncorp, Dynology, and a host of others based in the United States and Great Britain, and Germany.

Hybrid wars include the conflict the US created in Iraq between various Muslim tribes and religious sects, as well as in Libya and Syria, where foreign mercenaries from Saudi Arabia, Qatar, Israel, and Turkey were employed, financed and trained by the US CIA and Pentagon under General Lloyd Austin, now the Secretary of Defense in America.

The goal of these operations was to create sufficient tension, chaos, conflict, and enmity between peoples in the regions, that natural resources, gold, oil, and other assets of the nation could be stolen, and the nation splintered into pieces—making it effectively a failed state and dysfunctional.

We have no further to look at the history of these operations, than the past 20 years of history: Afghanistan, Iraq, Somalia, Libya, Syria, Lebanon, Yemen, and now Ukraine.

Iran of course represents the next target of this Western color revolution agenda, and therefore requires an international coalition to stand against this Western colonial agenda of reconquest.