Iran serious to resume talks if parties abide by obligations 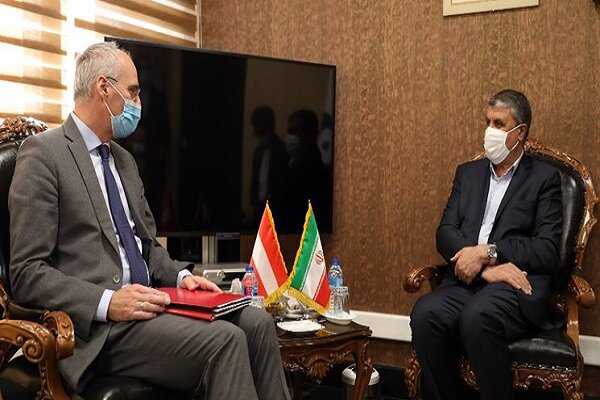 Turning to non-copliance of Europe and US with their commitments under JCPOA, Eslami emphasized that Iran is serious to resume Vienna talks in case other parties fulfill all their JCPOA obligations.

Elsewhere in his remarks, the AEOI chief referred to the long history of cooperation between Iran and Austria in various fields and praised the positive approach of Austria to political issues.

Regarding the issue of JCPOA and nuclear talks, he stated that the Islamic Republic of Iran has adhered to its JCPOA obligations for a long time unilaterally while the United States withdrew from JCPOA and subsequently, European countries participating in nuclear talks including France, Germany and US failed to live up to their commitments.

Austrian envoy to Tehran, for his turn, referred to the history of his country's hosting of JCPOA talks in Vienna and said that Austria is ready for any kind of assistance to advance the positive process of nuclear talks and will spare no effort to make necessary cooperation in this regard.