Grossi says he plans to visit Iran in coming days 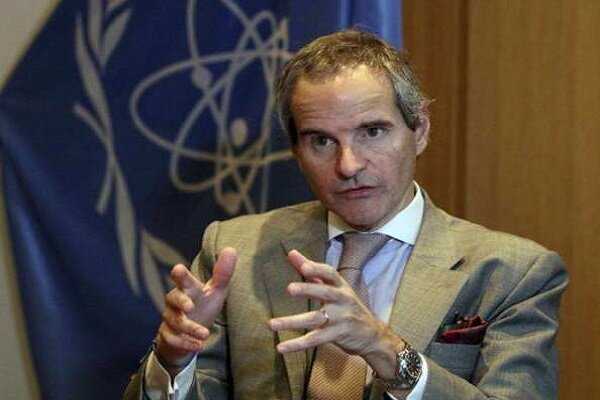 TEHRAN, October 20 (MNA) – IAEA Director-General Rafael Mariano Grossi expressed hope that he would travel to Tehran in the next few days to meet with senior Iranian officials.

Rafael Grossi, who is in Washington to meet with US officials, in an interview with Bloomberg talked of the current situation regarding the JCPOA and his intention to visit Iran in the next few days.

The head of the International Atomic Energy Agency said he will visit Iran in the coming days.

Yesterday, European media have reported that Rafael Grossi seeks an urgent meeting with Iran’s foreign minister as part of efforts to revive the Iranian nuclear deal.

He told the Financial Times in an interview, he urgently needed to meet Tehran’s foreign minister to discuss proposals to reinvigorate the fragile surveillance program.

“I haven’t been able to talk to [Iran’s new] foreign minister,” Grossi told the FT during a visit to Washington.

“I need to have this contact at the political level.

Without it, we cannot understand each other.” Iran and the remaining signatories to the JCPOA have held six rounds of talks so far with no results.

The Western powers made excessive demands during the talks and the talks were postponed at the end of the previous Iranian administration under Rouhani until the formation of the new government in Iran under President Ebrahim Raeisi.

The new Iranian administration has vowed that it will return to the Vienna talks if they are result-oriented and can yield tangible results for Iran in terms of the removal of the sanctions and abidance of the parties by the JCPOA provisions.

Foreign Minister Hossein Amir-Abdollahian has said that the talks must have tangible results for Iran.

Meanwhile, the Iranian Foreign Ministry spokesman Saeed Khatibzadeh said on October 5 that Iran will return to Vienna as soon as the internal review process is concluded with no preconditions.

Amid the indifference of the JCPOA parties to continued US violations of the JCPOA, Iran halted voluntary implementation of the Additional Protocol, which allows unannounced inspections of its nuclear sites by the IAEA inspectors as per a piece of legislation approved in the Iranian parliament last December.