Assassins of Gen. Soleimani must be brought to justice 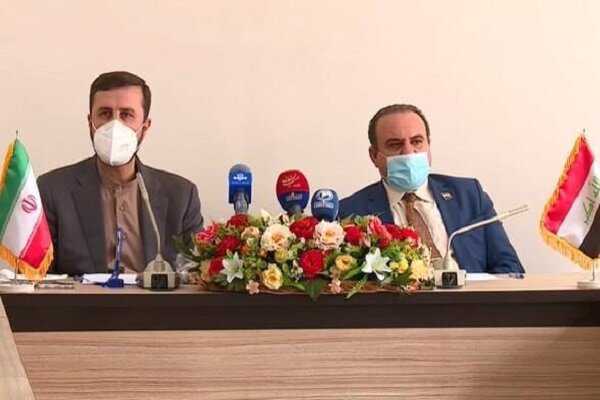 Affairs and Secretary-General of Human Rights Office called for speedy identification and trial of those who ordered killing of former IRGC Quds Force Commander Martyr Lt.

Kazem Gharibabadi made the remark on Tue.

During the meeting, the two sides exchanged their views on the issues of mutual interests and bilateral judiciary interactions.

Gharibabadi noted that the hegemonic countries are practicing double standards on human rights, using it as a means for exerting pressure against the independent countries.

He referred to the signing of a Memorandum of Understanding (MoU) during the former Iranian judiciary chief’s visit of Iraq on counter-terrorism activities and investigating into the terror file of Martyr Gen.

Soleimani, through the establishment of a joint investigation committee.

Gharibabadi further asked Iraqi justice minister to investigate into fast convening of the first session of that Committee to identify the culprits involved in that criminal act and put them to fair trial in and Iraqi court.

The Iraqi justice minister, for his part, said that he welcomed the experiences of Iranian Judiciary's Human Rights Office and noted that in Iraq, too, there is a human rights office affiliated to the Judiciary, which is ready to cooperate with the one in Iran.

Muhammad also said that he will follow up the terror file of top two anti-terror commanders named martyrs Lt.

Qassem Soleimani and Iraq’s Second-in-Commander of Popular Mobilization Unit (PMU), also known as Hashd al-Sha’abi, Council, after returning to Iraq and will make all his utmost effort to facilitate the investigation process.

It should be noted that former Iran's IRGC Quds Force Commander Lt.

Qassem Soleimani and Iraq's Second-in-Command of Popular Mobilization Unit (PMU) were assassinated by the terrorist US forces in Iraq International Airport on January 3, 2020 at the behest of former US President Donald Trump.