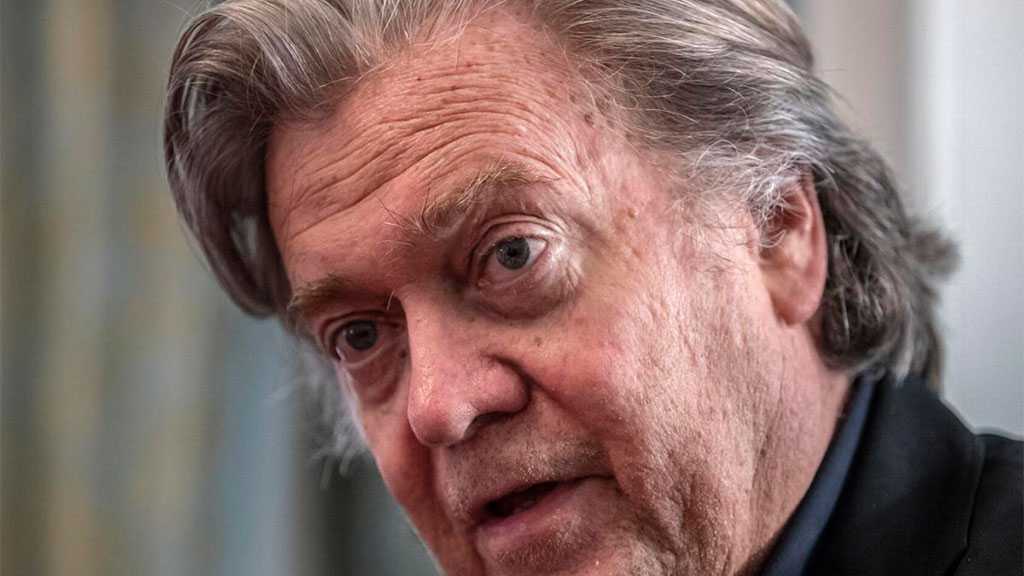 By Staff, Agencies The US House select committee investigating the Capitol attack voted on Tuesday to recommend the criminal prosecution of Donald Trump’s former chief strategist Steve Bannon, after he defied a subpoena relating to their inquiry into the 6 January insurrection. The select committee approved the contempt of Congress citation unanimously, sending the report to the Democratic-controlled House, which is expected on Thursday to authorize the panel to go to court to punish Bannon for his non-compliance.

“It is essential that we get Bannon’s factual and complete testimony in order to get a full accounting of the violence of January 6th and its causes,” said Bennie Thompson, the chairman of the select committee.

“Bannon will comply with our investigation or he will face the consequences,” Thompson said.

“We cannot allow anyone to stand in the way of the select committee as we work to get to the facts.

The stakes are too high.” Members on the select committee took the aggressive step against Bannon to sound a warning to Trump White House officials and others connected to the Capitol attack that defying subpoenas would carry grave consequences, according to a source on the panel.

The select committee had issued a bevy of subpoenas to some of Trump’s closest advisers – White House chief of staff Mark Meadows, his deputy Dan Scavino, war department aide Kash Patel, and Bannon – under the threat of criminal prosecution.

But under orders from the former president and his lawyers, Bannon ignored his subpoena compelling documents and testimony in its entirety.

The other three Trump administration aides opened negotiations over the extent of their possible cooperation.

The ramifications for Bannon’s defiance are significant: once passed by the House, the justice department transfers the case to the office of the US attorney for the District of Columbia, which is required to take the matter before a federal grand jury.

In pushing to hold Bannon in contempt of Congress, the select committee has also set up a potentially perilous legal moment for Bannon as he resists the inquiry into what Trump knew in advance of efforts to stop the certification of Joe Biden’s election win.

A successful contempt prosecution could result in up to a one-year sentence in federal prison, $100,000 in fines, or both – although the misdemeanor offense may not ultimately lead to his cooperation and pursuing the charge could still take years.

Bannon remains a key person of interest to House select committee investigators in large part because he was in constant contact with Trump and his team in the days before 6 January, as the former president strategized how to return himself to the Oval Office