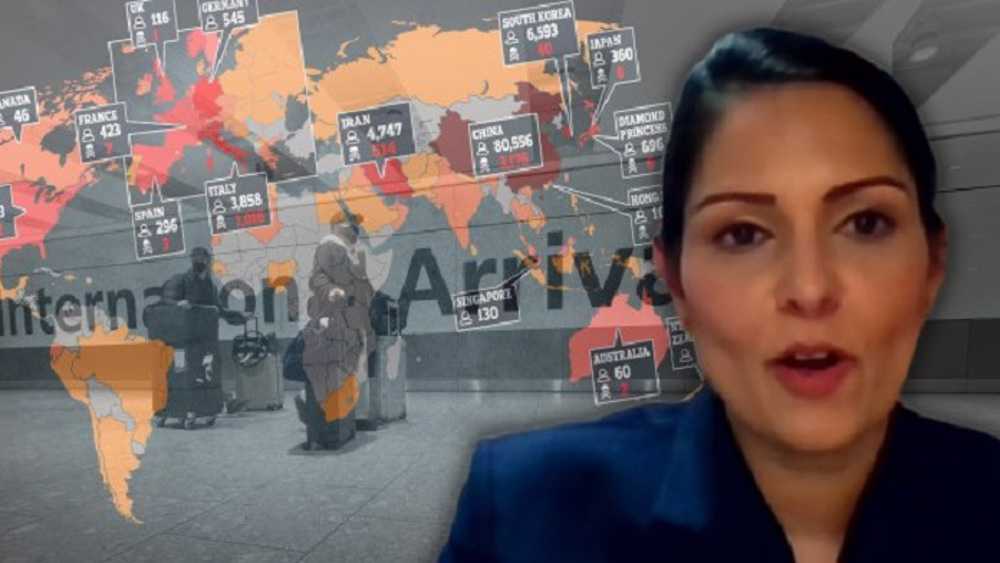 Home Secretary, Priti Patel, has been filmed admitting the government had made a mistake by not closing the borders at the onset of the pandemic in March last year. In a Zoom video call obtained by the right-wing political website Guido Fawkes, Patel is seen telling a gathering of Conservative friends of India group that: “On ‘should we have closed our borders earlier’, the answer is yes, I was an advocate of closing them last March”.

The Zoom video call is believed to have been made on Tuesday night (January 20).

At the beginning of the pandemic, from March to June, the UK government defied pressure by not imposing a ban or quarantine restrictions on international travelers arriving in the UK Labor leader, Keir Starmer, was quick to seize on Patel’s admission by applying pressure on Boris Johnson during Prime Minister’s Questions at the House of Commons on Wednesday (January 20).

When Starmer asked the PM why he had “overruled the Home Secretary” on border closures, Johnson hit back by claiming the UK had now “instituted one of the toughest border regimes in the world”.

The PM went on to accuse the labor leader of “looking backwards, playing politics and sniping from the side-lines” as the pandemic continues to surge.

However, afterwards, Labor’s shadow Home Secretary, Nick Thomas-Symonds, described Patel’s comments to a closed group of Tory supporters as a “shocking admission” that the government had “left our doors open to the virus and worrying mutations”.

“Ministers now need to - urgently - review and overhaul border policy, whilst taking responsibility for the huge damage their incompetence has done to our national safety and security", Thomas-Symonds added.