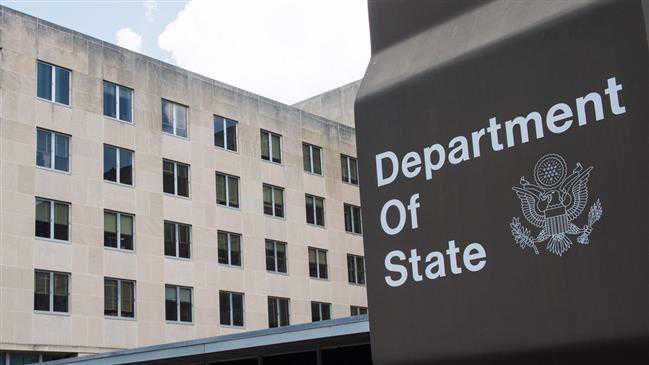 Yemen-Press The United States has slapped sanctions on a senior commander of Iraq’s Popular Mobilization Units (PMU), a group known for its fight against Daesh terrorists in Iraq. 'The Department of State has designated Ahmad al-Hamidawi as a Specially Designated Global Terrorist (SDGT) pursuant to Executive Order 13224,' the US Department of State said in a statement on Wednesday.

'Today’s designation seeks to deny Hamidawi the resources to plan and carry out terrorist attacks. Among other consequences, all of his property and interests that are in the United States, that hereafter come within the United States, or hereafter come within the possession or control of US persons, have been blocked, and US persons are generally prohibited from engaging in any transactions with him,' it added.

Washington has accused the PMU of rocket attacks on US military bases in Iraq.

The US also used the allegation as an excuse to assassinate Iran’s top general Qassem Soleimani and the PMU’s second-in-command Abu Mahdi al-Muhandis at the Baghdad airport in January.

The PMU, better known by the Arabic name Hashd al-Sha'abi, is an organization composed of around 40 factions of volunteer counter-terrorism forces, including mostly Shia Muslims besides Sunni Muslims, Christians and Kurds.

The group’s formation goes back to the summer of 2014, shortly after Daesh, the world’s most notorious Takfiri terror group, showed its face and managed to occupy swathes of territory in Iraq.

The lightning gains made by the foreign-backed terrorists caught the national army of Iraq off guard, pushing government forces to the verge of collapse and leaving the Arab state in disarray.

On June 15 that year, Iraq’s prominent Shia cleric Grand Ayatollah Ali al-Sistani intervened to help rebuild the national army, issuing a fatwa that called on all Iraqi people to join forces with the army in the face of the Daesh threat.

The historic fatwa led to a mass mobilization of popular volunteer forces under the banner of Hashd al-Sha’abi.

The force then rushed to the aid of the army and took the lead in many of the successful anti-terror operations, which ultimately led to the collapse of Daesh territorial rule and the liberation of the entire Iraqi land in December 2017.