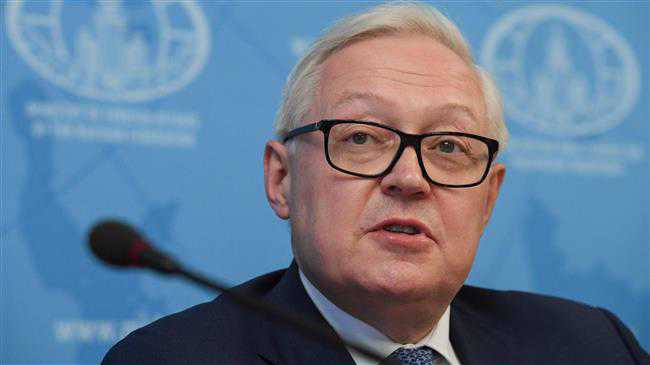 Russian Deputy Foreign Minister Sergei Ryabkov (Photo by AFP) Yemen-Press Deputy Foreign Minister Sergei Ryabkov says Russia will keep objecting to the restoration of United Nations Security Council (UNSC) sanctions against Iran, emphasizing that Moscow will not let the 15-member body turn into a “toy” in the hands of the US Speaking after the 15th meeting of the Joint Commission of the Joint Comprehensive Plan of Action (JCPOA) in Vienna on Wednesday, Ryabkov warned that the UNSC should not be manipulated by Washington, which scrapped the nuclear deal in May 2018 and has been pressing the remaining signatories to do so.

“I think that in any case, US hypothetical attempts to enable these plots both the arms embargo and the restoration of sanctions of the UNSC will face strong opposition from our side, from other responsible members of the international community.

After all, the UNSC should not become a toy in the hands of Washington.

We will not let it happen,” he said.

In January, the European signatories to the JCPOA triggered the deal’s dispute mechanism, which amounts to a formal accusation that Tehran had broken the terms of the agreement.

The measure could lead to the restoration of anti-Iran UNSC sanctions, which had been lifted under the JCPOA Iran signed the accord with six world states — namely the US, Germany, France, Britain, Russia and China — in 2015.

It was also endorsed by the UNSC Resolution 2231.

However, Washington’s unilateral withdrawal and subsequent re-imposition of sanctions against Tehran left the future of the historic deal in limbo.

Iran remained fully compliant with the JCPOA for an entire year, waiting for the co-signatories to fulfill their end of the bargain by offsetting the impacts of American bans on the Iranian economy.

As the European parties failed to do so, the Islamic Republic moved in May 2019 to suspend its JCPOA commitments under Articles 26 and 36 of the pact covering Tehran’s legal rights.

Iran has taken a total of five steps in scaling back its obligations under the JCPOA Elsewhere in his remarks, Ryabkov stressed that Moscow and Tehran would hold consultations on the Fordow nuclear facility.

As part of the fourth step away from the deal, Iran began injecting uranium hexafluoride (UF6) gas into centrifuges at the Fordow plant, where 1,044 centrifuges are installed.

In December 2019, Russian state nuclear company Rosatom suspended work on revamping a factory at Fordow due to an issue with uranium compatibility.

“We are conducting consultations on various aspects of our nuclear cooperation.

Rosatom and the Atomic Energy Organization of Iran are coordinating their schedules directly.

We are not dragging this on, while it is clear that the situation has not improved, compared to the moment when the project was suspended.

But we will hold consultations,” he said.

Following the JCPOA’s Joint Commission, EU foreign policy chief Josep Borrell issued a statement, saying, all participants had “reaffirmed the importance of preserving the agreement.” “Participants also acknowledged that the re-imposition of US sanctions did not allow Iran to reap the full benefits arising from sanctions-lifting,” he added.

US breaches UNSC resolution, forces others to follow suit: Iran In another development on Wednesday, Iran’s Deputy Foreign Minister for International and Legal Affairs Mohsen Baharvand blasted the US for violating UNSC Resolution 2231 and forcing the remaining signatories to the deal to follow in its footsteps.

“The US is a state that, as a permanent member of the Security Council, is violating a UNSC resolution, forces the other countries to violate that resolution, and, at the same time, criticizes Iran for not adhering to the very resolution,” he said.

amin RELATED ARTICLESMORE FROM AUTHOR iran The FATF blacklist of Iran is American economic terrorism: Writer iran Iran, Russia, Turkey working to agree on date for Syria summit: Turkish source iran Iran ends week-long campaigning for parliamentary elections iran China reports drop in new virus infections despite fatality increase iran Iran's proposal: A national referendum in territory of Palestine iran Someone should talk to Iran, US senator says amid Trump anti-Iran approach LEAVE A REPLY Cancel reply Please enter your comment! Please enter your name here You have entered an incorrect email address!Please enter your email address here Save my name, email, and website in this browser for the next time I comment.