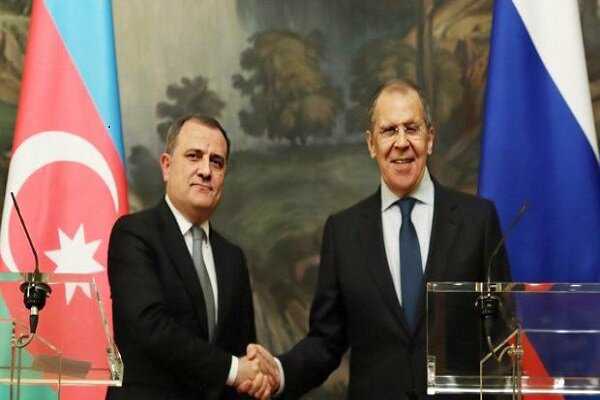 TEHRAN, November 30 (MNA) – Azerbaijani Foreign Minister Jeyhun Bayramov will meet with his Russian counterpart Sergey Lavrov on December 5 in Moscow, Spokesperson for the Russian Foreign Ministry Maria Zakharova said on Wednesday.According to Zakharova, the FMs will discuss the normalization of relations between Azerbaijan and Armenia in the context of the declaration on cooperation signed by the presidents of Azerbaijan and Russia in Moscow on February 22.

"It is also planned to thoroughly discuss a number of topical regional and international topics.

Particular attention will be paid to the discussion and implementation of the trilateral agreements at the highest level of November 9, 2020, January 11 and November 26, 2021 and October 31 this year," she added, Trend reported.

The two Azerbaijani and Russian top diplomats are designed to ensure the comprehensive normalization of Azerbaijani-Armenian relations, according to Zakharova.