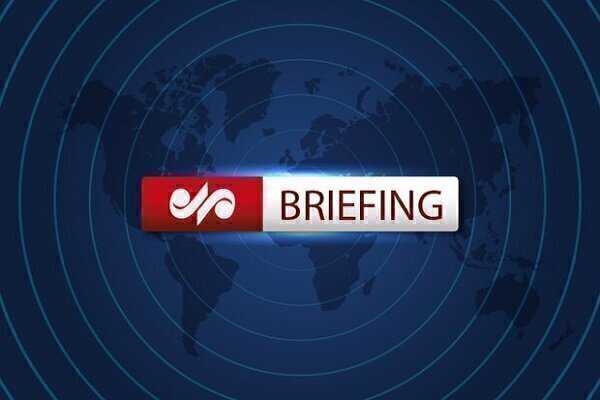 TEHRAN, July 27 (MNA) – The following are the Islamic Republic of Iran’s latest developments in the last 24 hours.

Parliamentary elections are scheduled to be held in Iraq on 10 October 2021.

The elections decide the 328 members of the Council of Representatives who will, in turn, elect the Iraqi President and Prime Minister.

The elections were scheduled for June 2021 but were delayed as the Independent High Electoral Commission asked for more time to organize "free and fair elections", which the cabinet of Iraq approved on 19 January 2021.

During the meeting, the two sides explored avenues for further development and expansion of maritime cooperation between Iran and Russia.

Spokesman for Iranian Parliament Economic Commission announced approval of members of the Commission with a bill to open a Representative Office of Trade and Development Bank of Economic Cooperation Organization (ECO) in Iran.

Iran intelligence arrest 36 terrorists across 6 provinces Iran announced on Monday that a total of 36 terrorists have been arrested in six different provinces.

The prosecutor general of the southwestern province of Fars Hujjat al-Islam Seyed Kazem Mousavi said on Monday that elements of a Takfiri-terrorist group were arrested across the country recently.

According to Mousavi, the core of the terror group which consisted of 11 terrorists had been arrested in Fars province and other elements were arrested in a coordinated operation in 6 eastern and western provinces.

He added that 25 people had been identified and arrested in other provinces apart from Fars.

The First Specialized Nuclear Industry Innovation Center was launched with the aim of commercializing the research achievements of the country's nuclear scientists.

It should be noted that the Center was inaugurated in the presence of AEOI Chief Ali-Akbar Salehi and Vice-President for Science and Technology Sorena Sattari.

'US sought to impose JCPOA+ to Iran during Vienna talks' A member of the Iranian Parliament's National Security and Foreign Policy Committee said on Mon.

that Americans sought to impose JCPOA+ to Iran during nuclear Vienna talks.

"In the Vienna talks, the United States envisioned 'minimum JCPOA' for its commitment but a 'JCPOA plus' and 'regional JCPOA' and 'missile JCPOA' for Iran's commitments," Mojtaba Zonnour said, addressing an open session of the Parliament.

He added that the US is unwilling to accept the contents of the JCPOA and to lift the arms embargo against Iran based on the UN 2231 Resolution.

Iran sets conditions to ensure US not withdraw from JCPOA An American newspaper claims that Iran wants Washington to agree to a clause that makes its withdrawal from JCPOA conditional on the permission of United Nations while the United States is excused from accepting this request.

‘Wall Street Journal’ claimed in an article that after six rounds of talks hosted by Vienna, the United States, which was indirectly involved in these talks, expressed its desire to abandon its most powerful sanctions lever in order to revive JCPOA while the Iranian negotiators want more demands to be met.

Speaking in an interview with Mehdi Hassan Show, Robert Malley, the US Special Envoy for Iran affairs answered some questions over the status of JCPOA revival in the Vienna talks.

Malley acknowledged that US sanctions and inhumane pressures on Iran have been failed, explaining that Trump's maximum pressure on Iran failed miserably, and this has badly damaged US interests.

On the occasion of organizing a meeting of Mojahedin-e Khalq terrorist organization (MKO also known as MEK) held on July 10, 2021, in a report written by DAVID BRENNA, by examining the background and performance of MKO terrorist group, he tried to respond to the accusations raised against MKO through the elements affiliated with the group.

Zarif made the remarks in a meeting with the visiting head of Finlay Vaccine Institute (IFV) Vicente Vérez Bencomo, in Tehran on Monday afternoon.

The head of the Cuban Finlay vaccine institute has been in Tehran since yesterday to discuss with the Iranian medical officials the continuation of joint production of anti-Covid-19 vaccines.

In the meeting, the top Iranian diplomat hailed the scientific cooperation between Iran and Cuba, especially in the fields of biotechnology and genetic engineering, and attached great importance to the Iran-Cuba joint production of Covid-19 vaccine.

Mohammad Keshavarz wrote: "China has stood beside Iran since the beginning of the Coronavirus pandemic, sending more than 50 shipments of aid." "China is now the largest exporter of vaccines to Iran," he added.

Addressing the inauguration ceremony, Rouhain hailed the efforts of the managers in Aras free zone who have been successful in having the new projects implemented.

"We sought to turn the free zones from importing areas into centers of production, export, and attracting domestic and foreign capital, and this is done," he said.

The match between Iran and Venezuela vollyball was held in Tokyo's Ariake Arena .

After the five-set epic in their opening win over world champion Poland, Iran had a relatively comfortable outing in their second match against Venezuela, wrapping up a 25-17 25-20 25-18 victory to provisionally top Pool A with Japan playing later.

The Iranian national men's futsal team have heavily beaten the national futsal team of Tajikistan in an international tournament underway in Thailand.

The Iranian national men's futsal team faced the Tajikistan national futsal team on Monday as their second match in the international tournament underway in Thailand.

According to the statement released on Monday by the Iranian Health Ministry, the number of total coronavirus cases in the country has so far reached 3,723,246 with the death toll standing at 89,122.