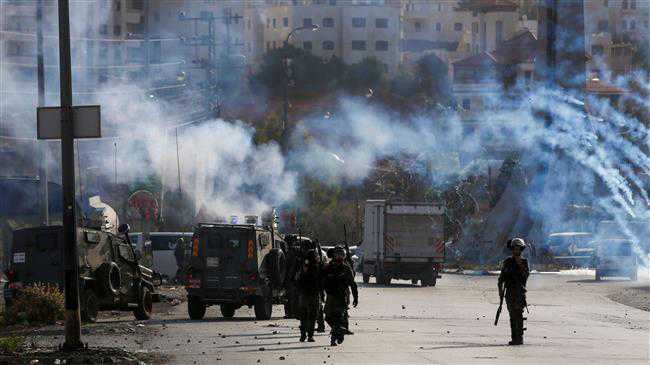 A UN report says the Israeli regime’s occupation has cost the Palestinian economy more than 2.5 billions of dollars on a yearly basis for the nearly past two decades, and it continues to rise. The report by the United Nations Conference on Trade and Development (UNCTAD), titled '

The report added that the figure is almost thrice the size of the Palestinian economy in 2017, and it comprises lost public revenues and interest payments.

Hamas: Palestinians entitled to defending homeland, by ‘armed struggle’ in particular
Hamas says Palestinians have the right to defend their land against the Israeli occupation.
It further noted that the estimated cumulative fiscal cost of occupation includes $28 billion in accrued interest, and $6.6 billion in leakage from Palestinian fiscal revenues.

It said the amount would have been enough to eliminate the Palestinian government's $17.7 billion budget deficit over the same period, but would have also generated a surplus nearly twice the size of the deficit.  The UN report also highlighted that the Palestinian economy would have generated 2 million job opportunities over the 18-year period, an average of 111,000 jobs each year, if the $48 billion fiscal costs were not lost but instead injected through expansionary fiscal policies.

Senior Palestinian figure slams Israeli settlement plan in al-Khalil as result of US policy-shift
A senior Palestinian figure has slammed an Israeli settlement plan in the West Bank city of al-Khalil (Hebron).
The report then attributed the fiscal losses to the measures imposed by the Israeli regime, including restrictions on the free movement of the Palestinian people and goods; Israeli forces’ control of areas in the West Bank and all border crossing points; denying the Palestinian people their right to freely utilize their land, natural and human resources; and depriving the Palestinian government of meaningful control over its fiscal resources.

It later annexed East Jerusalem al-Quds in a move not recognized by the international community.

More than 600,000 Israelis live in over 230 settlements built since the 1967 Israeli occupation of the Palestinian territories of the West Bank and East Jerusalem al-Quds