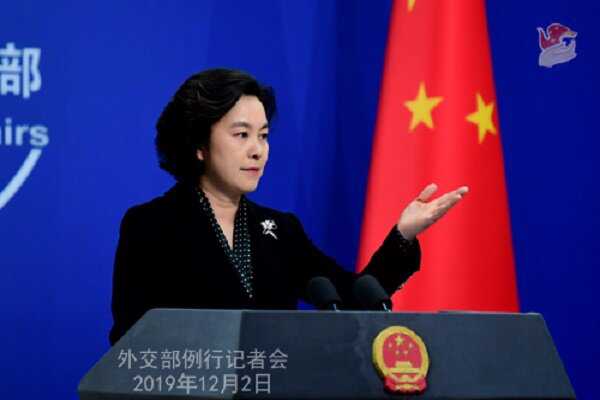 Chunying said that the US withdrawal from the JCPOA and maximum pressure on Iran led to continued tension that risks the total collapse of the agreement.

They exchanged in-depth views on such issues as the Iranian nuclear situation and implementation of the JCPOA and reached broad consensus.

The two sides agreed to strengthen cooperation, continue to work for the full and effective implementation of the deal, uphold the international order based on international law, stay committed to a political and diplomatic resolution, and uphold regional and international peace and stability.

She added that China and Iran are comprehensive strategic partners.

The two sides will implement the consensus between our heads of state, continue to cement political mutual trust, deepen practical cooperation, enrich our comprehensive strategic partnership to benefit the two countries and peoples.

As the Iranian nuclear issue is an important part of China-Iran strategic cooperation, the two sides will continue to work to uphold the JCPOA KI/4787055