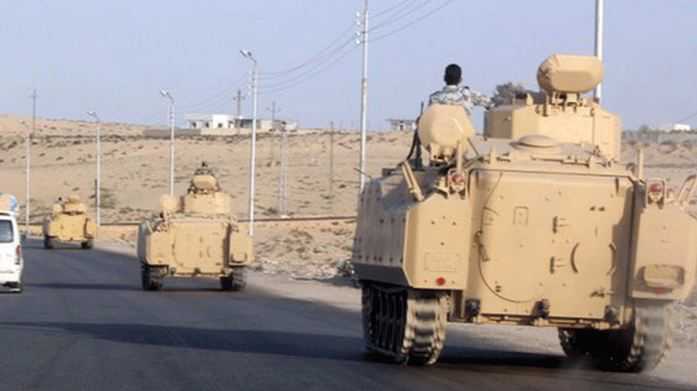 Police raided a hideout in a deserted farm house in El-Arish, provincial capital of North Sinai, triggering a shootout, the ministry said in a statement.

Weapons including explosive devices, rifles and guns were found, it said, without giving the date of the operation.