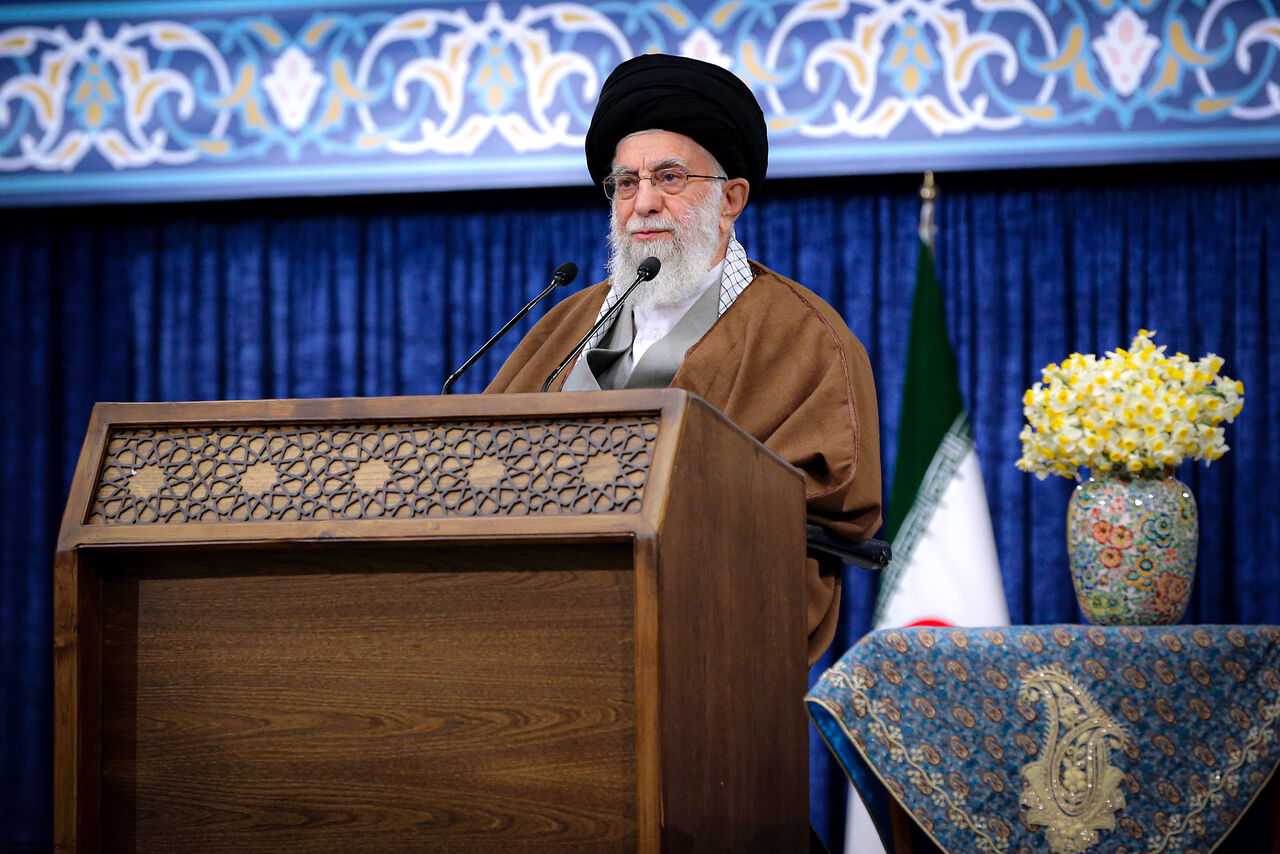 Leader of the Islamic Revolution Imam Sayyed Ali Khamenei has extended his felicitations to the Iranian nation on the occasion of Nowruz, calling on the government and the nation to support production in the country and remove related obstacles.

In his televised message to the nation on the occasion of the Persian New Year on Saturday afternoon, the Leader lauded the Iranian nation’s proven capabilities both in the face of the coronavirus pandemic and sanctions imposed on the country.

He said the enemies openly acknowledge that their “maximum pressure” campaign against the Islamic Republic has failed.

Ayatollah Khamenei designated the new Iranian calendar year of 1400 as the year of “Production: Support and the Elimination of Obstacles.” 'In one sense, the year 1399 was the year in which the Iranian nation demonstrated its capabilities as the case of confronting the big test – that is to say, the coronavirus.

To be fair, our dear people – ranging from the medical personnel of the country, researchers and scientists to the masses of the people and jihadi groups, displayed great capabilities in handling that bitter incident despite the enemy’s 'maximum pressures'.

Despite the enemy’s sanctions and although the path of foreign resources was blocked, our nation, our scientists, our physicians, our nurses, our medics, our laboratory experts and our radiologists – the people in charge of the people’s health – really managed to engender a great experience and to display a great feat.' Imam Khamenei added that the Iranian nation also displayed its capability in confronting the enemy’s maximum pressures, noting that this anti-Iran policy has failed.

'Our enemies, headed by the US, were after bringing the Iranian nation to its knees with their maximum pressures.

Today, they and their European associates explicitly say that the maximum pressure policy failed.

We knew that it would fail and were therefore determined to defeat the enemy in that area.

We knew that the Iranian nation would stand firm.