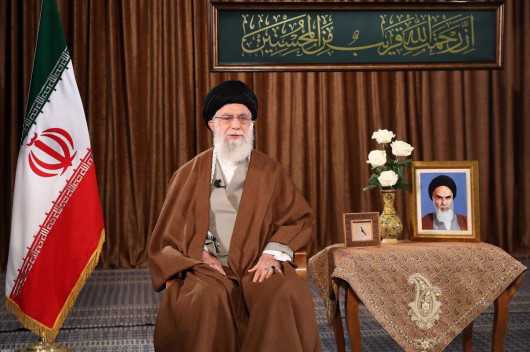 “The cardinal and unforgivable sin of a French magazine in insulting the holy face of the Prophet (PBUH) once again revealed the hatred and hostility of the political and cultural institutions of the Western world against Islam and the Muslim community,' said Leader in a message on Tuesday.

The excuse of freedom of expression that is made by some French politicians for not condemning this great crime is completely wrong and demagogic, added the Leader.

The deep anti-Islamic policies of the Zionists and the Arrogant governments are the cause of such hostile moves, noted Ayatollah Khamenei, adding, “This move at this time could also be a measure to distract the nations and governments of West Asia from the sinister plots of the United States and the Zionist regime for the region.” “Muslim nations, especially those in West Asia should maintain vigilance regarding the issues of this sensitive region and never forget the hostility of Western politicians and leaders towards Islam and Muslims,” he said