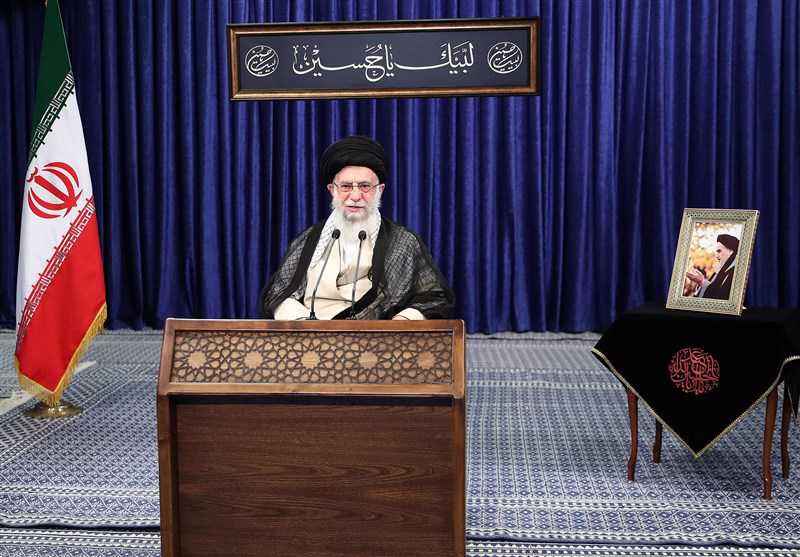 Leader of the Islamic Revolution in Iran Imam Sayyed Ali Khamenei denounced the United Arab Emirates for betraying the Muslim world and regional nations by establishing ties with the Israeli regime, saying the treason would not last long while such a shame will taint the UAE forever.

The treason would not last long, but the taint of shame will remain with them (UAE),” Imam Khamenei said on Tuesday in reaction to Abu Dhabi’s recent decision to normalize ties with the Zionist entity.

The UAE has allowed ‘Israel’ in the region and ignored the Palestinian cause and usurpation of a state, the Leader added, speaking in an online meeting with officials from Iran’s Ministry of Education.

While the Palestinian people are under severe pressures, the UAE is acting against the interests of the Islamic world with the “Israelis and the evil American elements” such as the US president’s Zionist son-in-law, the Leader added.

“They are treating the Islamic world with utter atrocity.

I hope that the Emiratis would wake up soon and make up for what they have done,” Imam Khamenei stated, as quoted by Tasnim news agency.

The United Arab Emirates and the Zionist entity announced earlier in August they have reached a deal that will lead to a full normalization of diplomatic relations.

The move has drawn strong criticism from many Islamic countries and regional organizations.