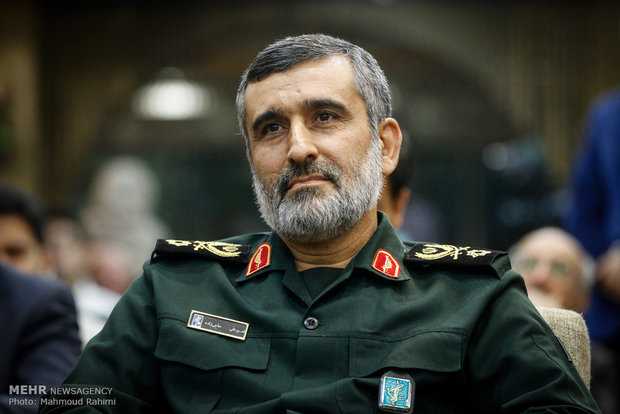 TEHRAN, September 28 (MNA) – The IRGC Aerospace commander says that Iran’s power is in the interest of the Muslims around the world.Speaking during a ceremony on Saturday, Commander of the Islamic Revolutionary Guards Corps (IRGC) Aerospace Force Brigadier General Amir Ali Hajizadeh said that the country is immune against military threats from outside today thanks to its military strength, adding that compared to the early years after the Islamic Revolution, Iran has dramatically grown its power in all areas.

The IRGC Aerospace commander added the experiences from the Sacred Defense against the Saddam Hussain regime in 1980s show that through resistance and reliance on the young Iranian experts the problems could be overcome.