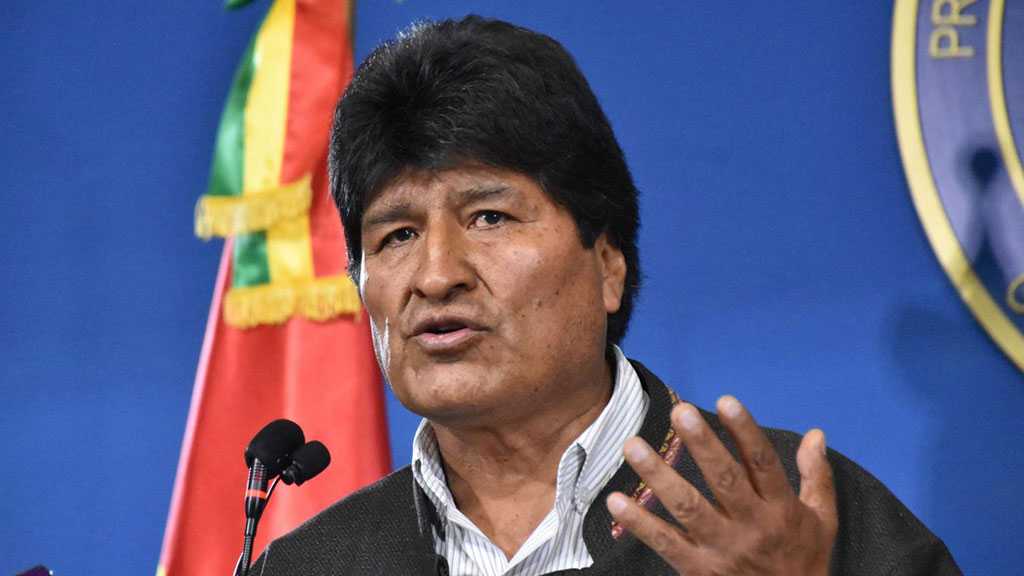 By Staff, Agencies Bolivian President Evo Morales resigned shortly after the military urged him to do so.

Two officials next in line to take over the government also stepped down following weeks of protests.

"I resign from my position as president so that [Carlos] Mesa and [Luis Fernando] Camacho do not continue to persecute socialist leaders," Morales said during a televised address, mentioning the leaders of the opposition.

Morales said he decided to step down in hopes that his departure would stop the spate of violent attacks against officials and indigenous people, “so that they [protesters] do not continue burning the houses [of public officials]" and "kidnapping and mistreating" families of indigenous leaders.

"It is my obligation, as the first indigenous president and president of all Bolivians, to seek this pacification,” he said, adding that he hopes the opposition will “understand the message.” Shortly after the announcement, his vice president, Alvaro Marcelo Garcia Linera, also submitted his resignation.

The next person in line to take over the government, the president of the Senate, Adriana Salvatierra, resigned soon afterwards.

Earlier on Sunday, Morales announced a snap election, giving in to the mounting pressure over the disputed results of the October 20 vote.

The decision followed the release of a preliminary report from the Organization of American States [OAS] mission on the election, which was unable to validate it, saying it is “statistically unlikely” that Morales could have secured the 10-percent margin required to avoid a runoff.

They also claim they found signs of “clear manipulation” and irregularities during the election.

The opposition urged Morales to resign despite his promise to hold a new election.

While he briefly resisted the calls, branding them “unconstitutional” and an “attempted coup,” he eventually gave in after the military joined in the chorus.

Shortly before Morales announced his resignation, Bolivian TV channels aired footage of what they say was a presidential plane departing from El Alto International Airport.

It was reported that the plane took Morales to his political stronghold of Chimore in the Department of Cochabamba, 300 kilometers east of La Paz, where he launched his re-election bid in May